It looks like those of you who are subscribed to Bright House are facing a few problems at the moment. Many reports are coming in suggesting that Bright House Internet is down today with service problems that have been ongoing for several hours.

Bright House Networks is a company that supplies internet and TV services, but as far as we’re aware it is the internet specifically that is causing the most hassle.

Bright House TV service is working as it should, but trying to connect to internet is a different beast altogether. Complaints have been coming in from consumers and it looks like Bright House Internet is down in Florida specifically, higher than other area in the US. 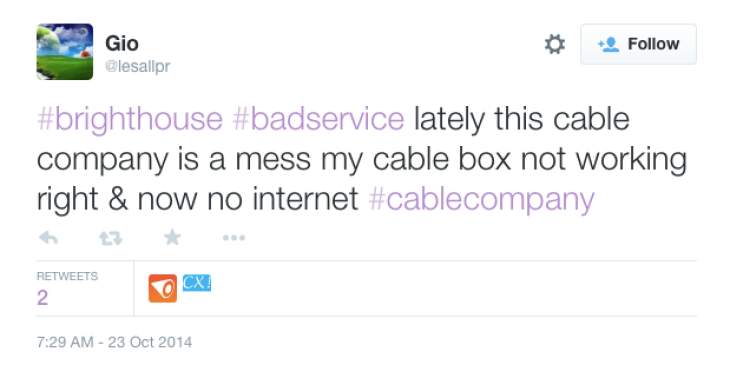 It could just be a case of the Bright House servers that are not functioning properly at the moment, which could well be fixed immediately once the company finds out about it.

Tell us if you are also having problems with Bright House Internet today in Lakeland, Tampa Bay, Daytona Beach, and Orlando areas and let us know how long your internet has been unavailable for.