The Brazil World Soccer Finals iOS app has received an update ahead of the start of the 2014 World Cup, and so now the app runs far smoother thanks to various bug fixes and enhancements. The developer introduces this as the most complete soccer app there is, and while we find this hard to believe, it is right up there with the best of them.

There are many great features to this app, with the Brazil World Soccer Finals group results being one of the most popular, although there are many more great features. These include World Cup 2014 lineups, goals, match stats, top scorers, yellow and red cards shown in the tournament, city and stadium details and much more.

The only downside is that this app costs $0.99, which isn’t too much when you think about it. If you would rather pay nothing, then the 2014 FIFA World Cup Brazil official app from FIFA if free and was also updated yesterday. 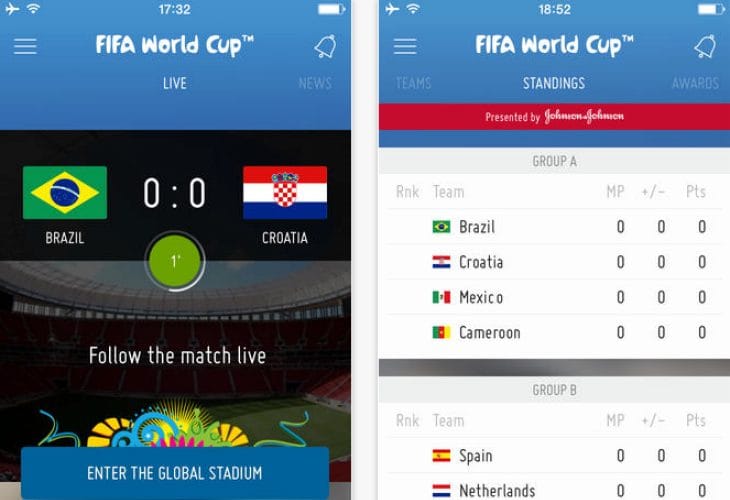 We already knew that this app received an update earlier this month, but this is a major update because FIFA needed to make certain that this is the best iOS app for World Cup coverage.

FIFA official app version 2.1 offers up to the minute action taken live from each of the 64 games due to be played. You can also interact with other users and express your feelings before and after each match. That’s on top of the other already impressive features, such as full schedule, group standings to name but a few.

There are other World Cup 2014 inspired apps, which you can see here.