With just over a day until the 2014 World Cup opening ceremony, fans of the game will not be able to contain their excitement for the first game between Brazil and Croatia and we can only imagine how many times you have studied the statics of each side and who will win the match.

However, before all that we thought you might like to know that Google has offered a Brazil 2014 World Cup opening ceremony countdown with Brazil Painted Streets. The country is known for its vibrant colors, and so it is cool to see just how colorful some of Brazil’s streets are, which you can do so here. 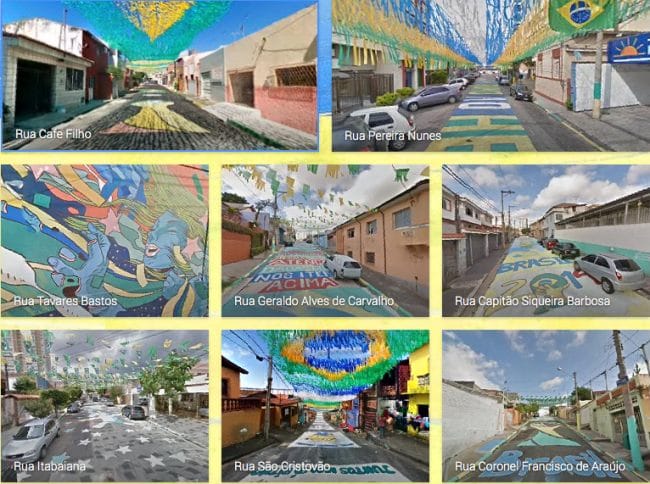 Brazilians have not done this just because the World Cup 2014 is being held in their country, as they come together every four years to share their love and passion for soccer/football. However, they do not share these pained streets with the world every year, and this is where playing host to the World Cup comes into it.

With Brazil’s Painted Street’s you are able to create photo spheres of where you are during the World Cup thanks to the latest Google Camera app for Android. You can also look at Street View for a view of the World Cup 2014 Stadiums.

Above you will see the 2014 World Cup Brazil vs. Croatia countdown, which starts at 4PM ET, 5PM in Brazil, Sao Paulo and 9PM in the UK and will be the very first game to be played during this year’s World Cup, but who do you think will win the match?