With sports fans about to go football crazy in a few months time it’s best to be prepared for the Brazil World Cup 2014 way in advanced. We know that there is still a long way to go, but it doesn’t hurt to be prepared and one way you can do this is by downloading an app for your iOS device.

There are so many apps to choose from so we know many of you will have a hard time understanding what one is best, but we believe that Brazil 2014 – World Cup is one of the better ones. What’s more, the app was updated just a few days ago and has added many new features.

ITnext says that this is the best 2014 World Cup app available, although they would say that. However, looking at some of the previous features and the new ones we can see why they would make such a claim. 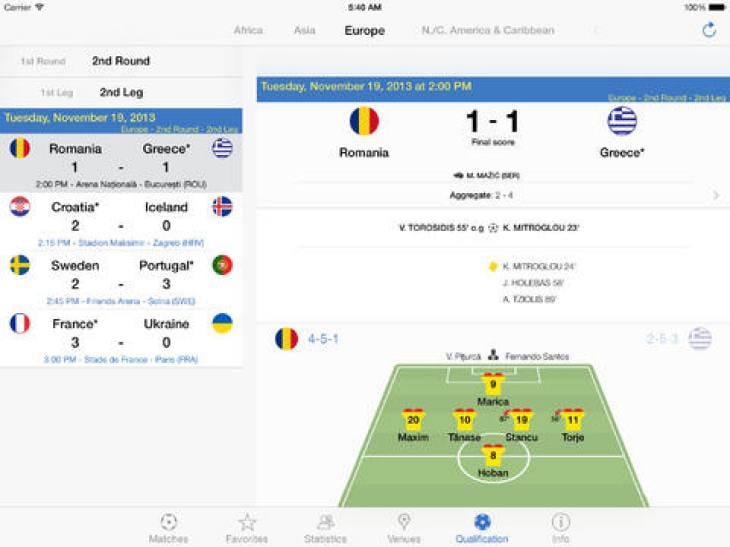 Even though this app was updated on January 25, there will be plenty more before the World Cup kicks off later this year. You will then be able to see the latest statistics, goals, group results, yellow and red cards and so much more.

However, before that you will be able to see the latest World Cup 2014 rankings to see where you country stands against everyone else.

The price of the Brazil 2014 – World Cup app is just $0.99 and for that price means you will have no advertisements. Head over to iTunes for more details.