The skin name might be confirmed, but when it comes to the League of Legends Braum release date it is only theory at this time. If you haven’t seen any gameplay for the Dragonslayer, then take a look at the 2-minute video below this article that we were teased with a few days ago.

Current speculation for the LOL Braum release date window would be 2 to 4 weeks, and there’s a good chance you will see Braum launch with patch 4.7 or 4.8. Considering League of Legends update 4.6 only just released, you can count on Riot Games looking at 4.7 and we hope that the Dragonslayer arrives with the next patch considering the amount of time normally between updates. 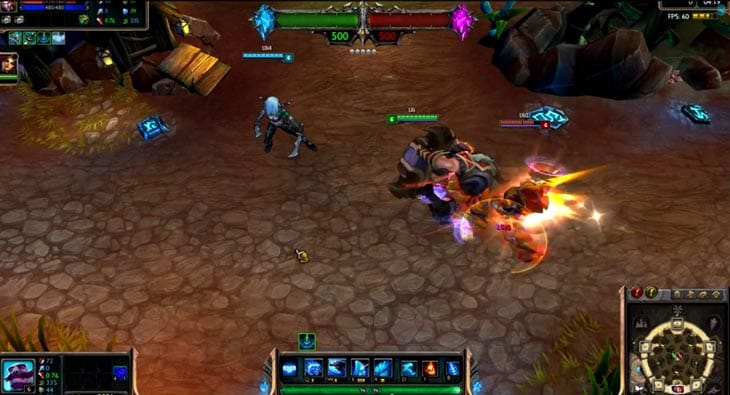 You can see one persons insight for patch 4.7 right here, and also take a look at the official LOL Braum abilities below that were revealed to build release date hype and interest in future updates. His skills include Glacial Fissure, Unbreakable, Stand Behind Me, Winter’s Bite, and Passive Concussive Blows that are all explained in more detail below. 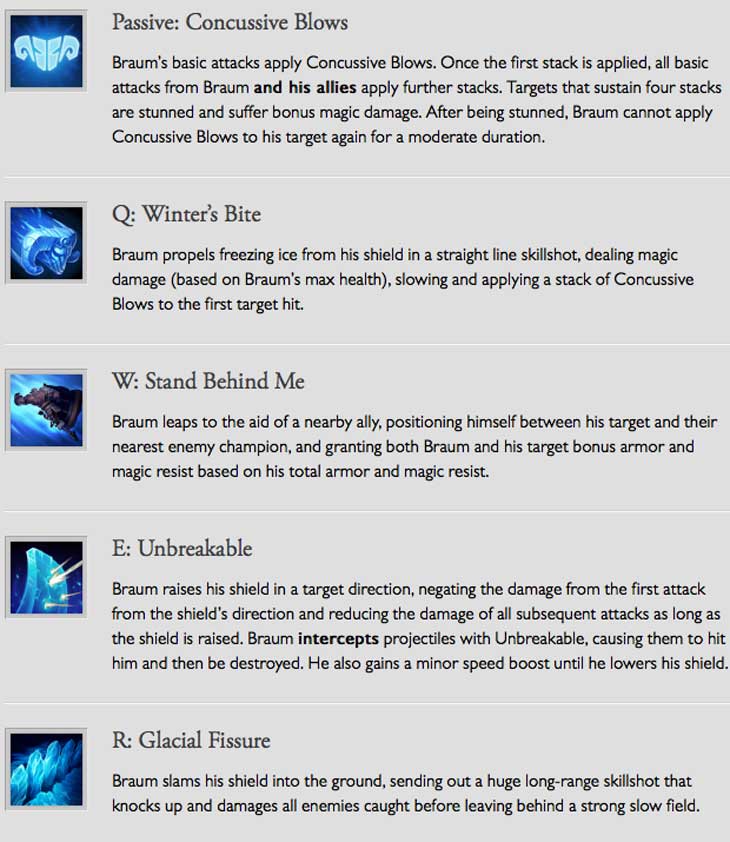 We’ve also heard from some Product Reviews readers with their theories about the Braum LOL release date and one gamer explained, “I’m placing my bets on a 2-3 week launch window”. Another added, “Champions shouldn’t take longer than 2-3 weeks, so I think Braum will release with LOL update v4.7 although I don’t want him rushed and would be happy to wait longer for quality”.

What’s your theory on the Braum release date and the next champion to be lowered in your opinion?

Personally, we think the Braum release date will be within the next month considering previous updates and with patch 4.7. Some people also feel that Fizz will be the next champion to be lowered. Watch the gameplay video below and let us know what you think about the abilities.