Both the Android and iOS versions of Brain Wars was recently updated, although they never saw the same level of improvements to the app. Take the Android version, 1.0.5, this only received bug fixes, whereas Brain Was version 1.0.13 for iOS also came with bug fixes, as well as a new device switching feature, training and is now optimized for the iPhone 6 and 6 Plus, which improves compatibility.

The iOS version of BrainWars as it is called on iTunes had its update on October 8th, whereas the Android version was updated on the 16th of October. However, we expect there to be a further Brain Wars update in November in order for it to be compatible with Android 5.0 Lollipop. 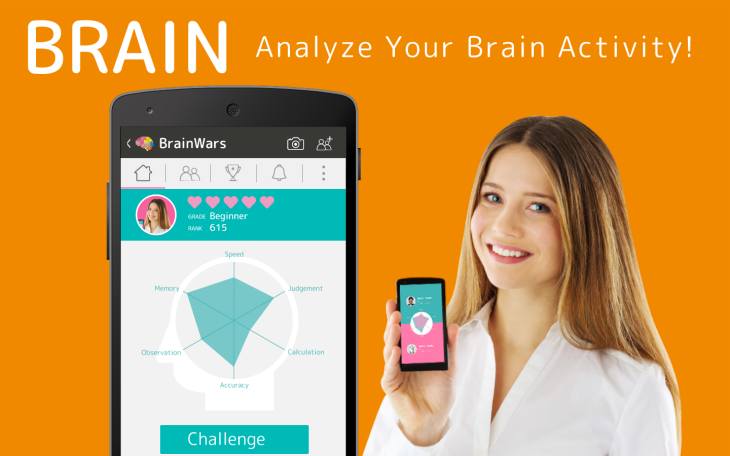 If you have never played this game before and would like to learn what your strenths and weaknesses are, then you really do need to give this app a go, although you will need to be careful seeing as though you can easily get caught up in the moment and start to spend with those dreaded in-app purchases.

However, some players have noticed a flaw in the Brain Wars ranking system, as well as having to quit the game from time to time due to server problems, although this is not a widespread issue. This app is perfect to pass the time away while also improving your capacity to solve problems quick.