We should be just hours away from the BPL TOTS release time for FIFA 16 on May 6. Everyone wants to know what time TOTS is out in the UK today, but you should also be aware that the transfer market crash is also in effect just before this event happens.

We saw the exact same thing with Team of the Year cards and now it has happened again for TOTS. One prime example to show you relates to the new MOTM Sturridge card that EA has just released. 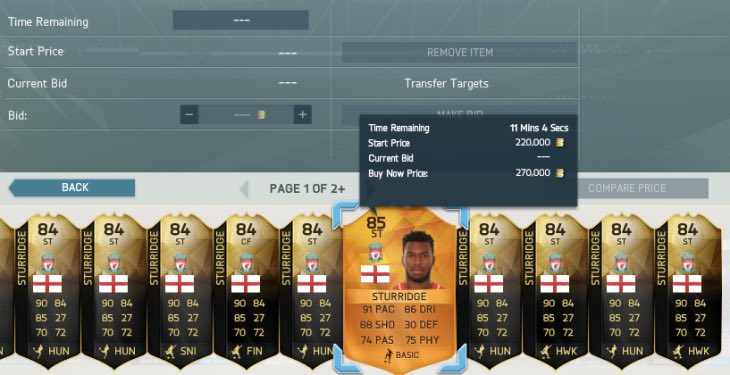 Due to the market crash though, you can now find Sturridge in-form for just 128,000 coins which is a reduction of well over 100,000 coins – amazing.

You’ll find that this covers most rare in-form players on the market. In-form Lacazette has also had a massive reduction, as well as the in-form CAM Coutinho card as well.

Everyone is bracing themselves for the start of TOTS cards, which is why we see this kind of activity on the market.

If you are looking for a new in-form card to sell on after TOTS, now is the time to go shopping and get a nice investment.

What other players have you seen with a huge drop in price? EA should reveal the BPL TOTS at 6PM UK time on May 6, as this is when the MC TOTS cards come to an end.