We know that all of you are patiently waiting to find out the BPL TOTS FIFA 16 ratings, with EA not set to reveal the team officially until Friday May 6 at 6PM UK time.

Having said that, we have noticed that there appears to be a certain BPL TOTS leaked picture that is going round on social media at the moment, appearing to show the main lineup with the BPL TOTS players and their new ratings.

Obviously we can’t say for sure if they are real or not, if they are this could be someone within EA who is testing the team in Ultimate Team – even then it doesn’t make sense for EA to leak it in this way. 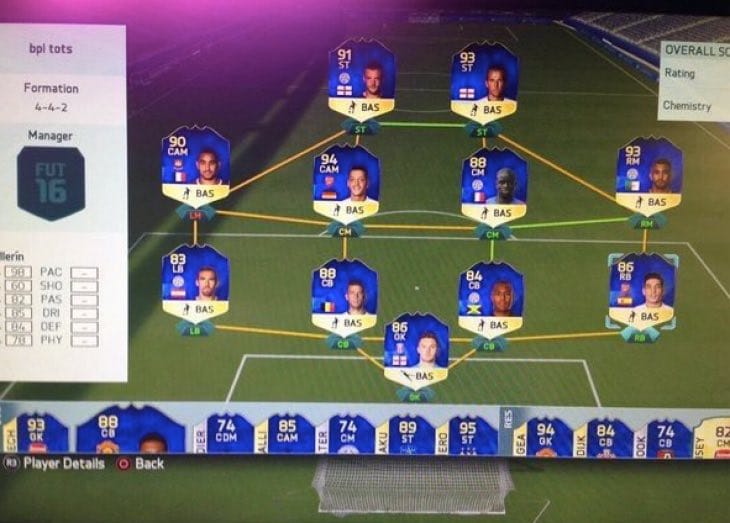 On top of that, we see some truly incredible ratings for some of the players in question. These include 91 Vardy, 93 Harry Kane, 93 Mahrez, 84 Wes Morgan and 94 Ozil.

We have also spotted Arsenal’s Ramsey on the same team as well, which many have taken as reason for this image being fake.

Either way, we wanted to share so take a look and let us know what you think about those ratings. Would EA really move Vardy up to a 91 and Mahrez to a 93 for TOTS?