Whenever we sent a product to review we felt that first impressions always last, so the packaging is very important. If you are given a device, which has been poorly packaged, then in most cases the product will not be that great. However, this was not the case with the Bose Bluetooth headset. We are not saying that it is perfect; the box itself is first class, as is the little window showing you that little headset. However, when you come to take it out the box you then have to get a pair of scissors to get into the vacuum formed package. Having worked in this industry it would be simpler to have poppers so you can get into it more easily. Although we do understand that it is more about security, as would-be thieves could then take them from stores easier otherwise.

Now that our vacuum forming was now cut open we were able to get down to the task at hand. As you would expect we went straight for the headset first, just to get an idea of weight and build quality when compared to other brands on the market. I don’t know why, but I was expecting something a little heavier — although very pleased that it was lighter than expected. We have tested types like that before (such as the Jabra JX20 Pura Headset) and were surprised at the call quality. 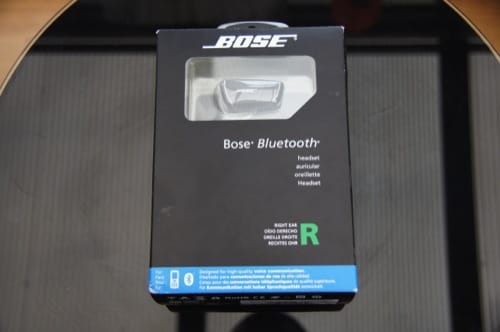 I approach this review expecting a lot, this is only because I have a Bose SoundDock. OK, so it is one of their older models but it still offers one of the best sounds for its size — maybe one day I will have a new SoundDock to review? To most of us Bose means one thing, and that is quality, so we just hope that we are not let down. You will never see Bose just pushing out product after product, why would they when what they have is years ahead of everyone else? 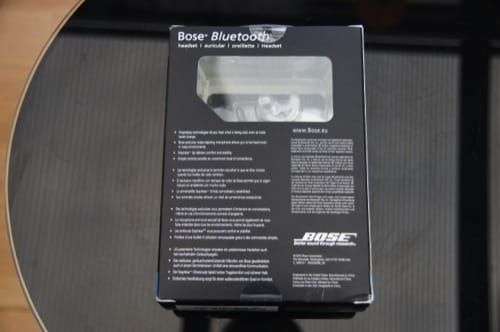 However, that is in the home cinema and phone dock market, headsets are little different, as there is only so far that you can take it. The first thing to do with this device like any other Bluetooth headset is to pair it. This was a very simple process and took less than 30 seconds to do; on some occasions we have known pairing a device to take several minutes. 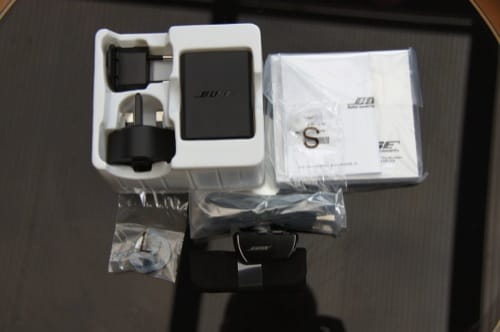 The phone that I was using was an iPhone 4, just thought you would like to know this. We were happy that our Bose Bluetooth Head came partially charged, nothing worse that opening up a new device only for it to sit and stare at you while you wait for it to get a full charge. The headset sent was for the right ear and by default the StayHear tip already fitted was medium in size. There are two other choices, small and large. 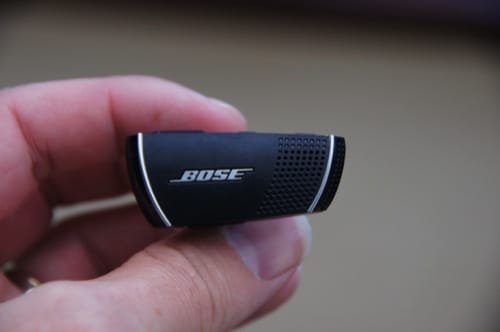 So I was all set, so now for the true test, it was time to call my brother. Using voice activation on the iPhone 4 is a little precarious, because more often than not you do not get the contact that you wish for. Thankfully there was no such issue this time, as it started to call the correct number. 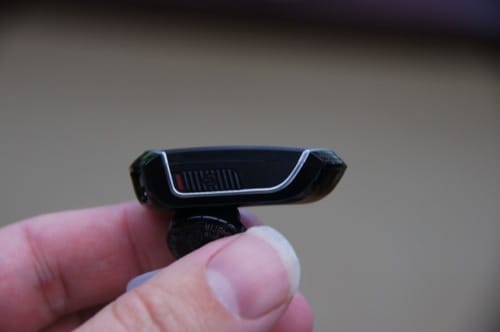 Before I move on to the call itself, I would just like to note how comfortable the device felt in my ear. I have often had an issue with these devices, as they often fall out of my ear. The reason for this is due to small canals, but even the standard StayHear tip was perfect. 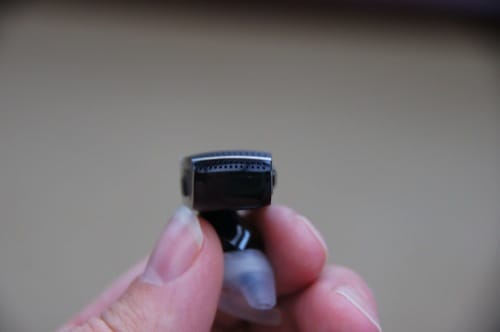 To make a call you just have to keep your finger on the larger of the buttons on top, this is also used when receiving a call as well. Thankfully my brother answered his phone right away, the volume was a little low, but turning the volume up was easy, as it was on top of the device at the bottom if you know what I mean. We would advise you to familiarize yourself with the controls first, as this will save you thumbling around pressing buttons that could cut off your call etc. 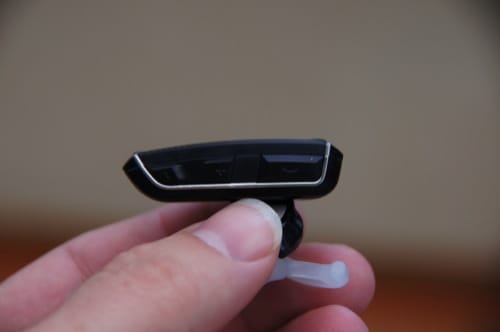 The call itself was an interesting one, the first thing that I noticed was just how easily I could hear the persons voice on the other end. However, I could not seem to get rid of this constant hissing. Now I do not know if it was an issue with the phone I was using, or it is the way that it uses its “Adaptive audio adjustment technology,” which will automatically adjusts headset volume depending on the noise that surrounds you? Do not get me wrong, it was not off putting, and performed better than any other headset I have tried in the past. 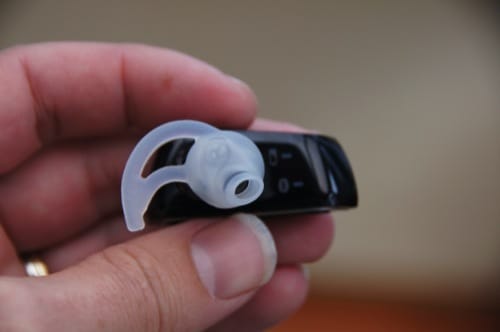 While talking to my brother I walked around the home and he said that the call quality was excellent, so then decide to take a stroll. During my little walk I passed a few screaming kids, a few bikes, some workmen digging a hole and a busy road full of cars. In all that time I could still hear my brother and he said that he was able to hear my voice much more than the surrounding noise. The reason for this was thanks to the “Noise rejecting microphone.” 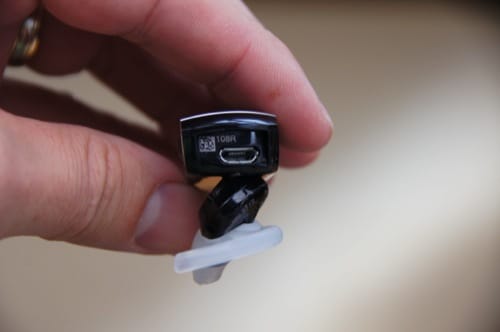 To me the Bose Bluetooth Headset did not disappoint, and even though there was this minor hissing sound in the background, it never affected the conversation that I had. The one issue that you will have to get over is the price £129. However, if you are on the Bose website looking to purchase something then £129 is not that much after all. 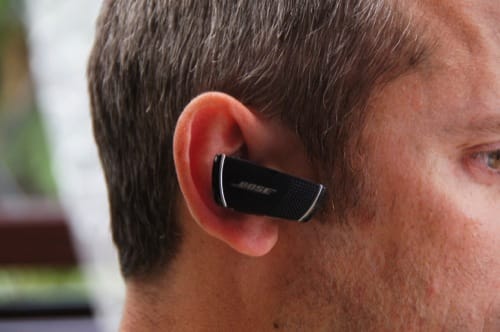 We are told that the Rechargeable lithium-ion battery will allow for 4.5 hours of talk time and 175 hours in standby. There is a handy LED battery indicator to let you know the power level of your battery. For more details visit Bose UK.

What you get in the box: