A few weeks ago we were sent the SuperTooth Disco A2DP to review, which to us is seen as a Bose speaker dock alternative for those on a limited budget. We have tested a number of Bluetooth stereo speakers, and none of them have felt as heavy as this device we are reviewing. We were surprised at the weight of the box, and assumed that it was all packaging, but we were wrong. Once we had removed the device from its box we were shocked at how weighty it felt, which means that we were in for a surprise, as the speakers should be very impressive.

The SuperTooth Disco A2DP is made from metal and comes in black; this means that we should not get any vibration when you turn the volume up. Looking on the box it says that we will enjoy 28 watts of sound, and remember that this is all done without the use of wires or docking your phone into the device. The speakers consist of 1 x 12-watt subwoofer and 2 x 8-watt stereo drivers. We are told that the speaker will be able to last for ten hours on a single charge when the volume is set to medium and four hours when you have the volume up high. 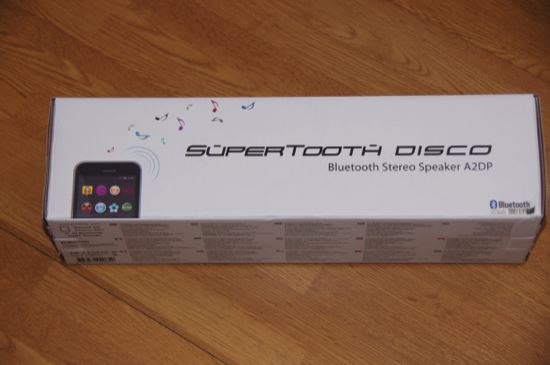 So now that we have established that the build quality is impressive and on paper the speaker should perform well, we thought we had best put it to the test. Paring is easy, all you need do is press and hold the on/off button for five seconds until you see a blinking blue light, it’s then that you need to access the Bluetooth menu on your phone and set it to discover devices. It will come up on your handset as ST Disco; when it asks for a pin just enter 0000. 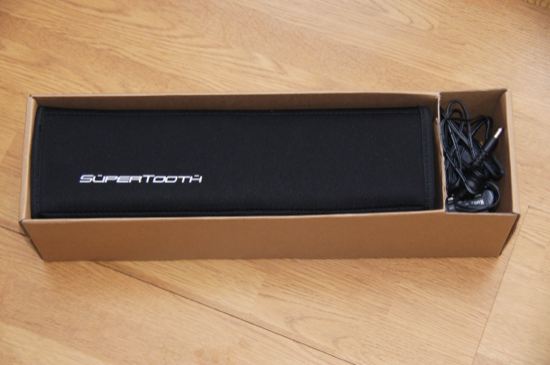 Now it will just pair and you are ready to go. We had no issue with this, however we seemed to have an issue with paring with any other device after that. We will contact SuperTooth about this issue and update you as to why this is happening. We are told that you cannot pair other devices at the same time, but this was not our issue; my iPhone 4 was not set to discover Bluetooth while I tried to connect to a new device. 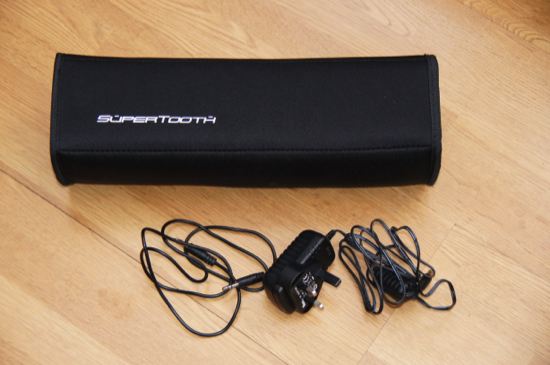 When the volume is set to minimum it’s like the device has been locked away, as it is very muffled. However, when you start to turn the volume level up to a quarter of the way it’s louder that many other cheap speaker docks on the market. With the bass button on we found that turning the volume up started to get a little too much, not for the speakers but my ears. This really does pack a punch, but if you find it too much then we would advise turning the bass off and keeping the volume at a quarter, as that seems to be a comfortable levels to listing to the music. We would like to point out that we thought we heard a slight vibration when the volume was over the halfway point. However, this was only on selected songs, which we assume comes down to different bass levels. 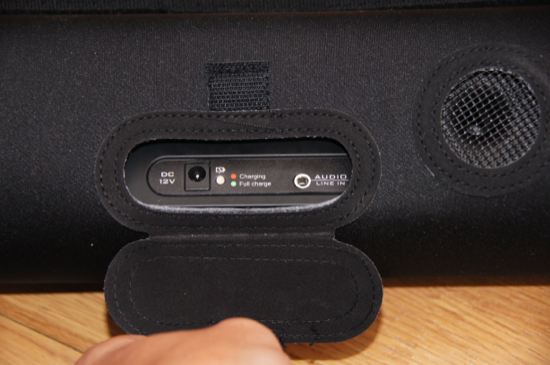 The controls were very simple to use, as there is that on/off button, bass, previous, next and play/pause buttons. When the red light begins to flash that means that it is time to recharge the built—in NI MH power pack; charging time will take about 3 hours when the battery is fully depleted. Overall the design is awesome, but the volume dial will put some of you off, as it looks a little vintage and is very opposing. 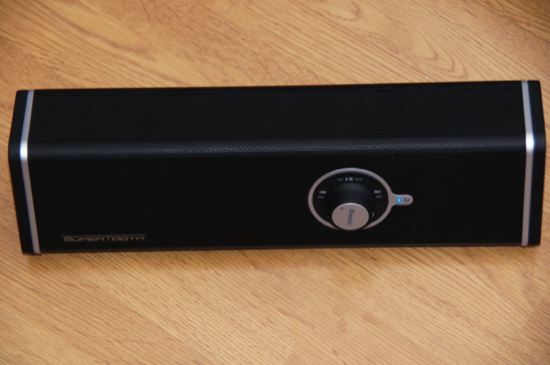 If we had to sum up the SuperTooth Disco A2DP, then we would say that you get a lot of sound for your money. However, it is not as mind blowing as advertised. Having said that, those of you who will be buying a speaker systems like this will know that they are not getting a Bose or any other high-end dock, as they come at a premium. 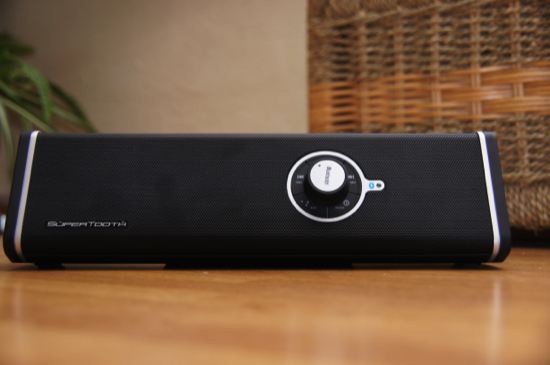 What gives this Bluetooth speaker the edge over other such devices in its price range is the handy travel case. This allows you to keep your new gadget safe, an added bonus is how you can charge the device up while still protected in its case thanks to a small flap at that back that reveals the DC input. 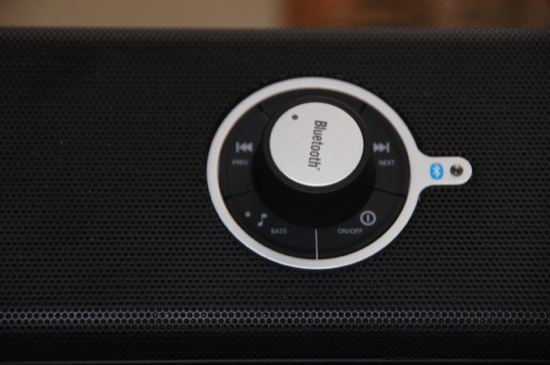 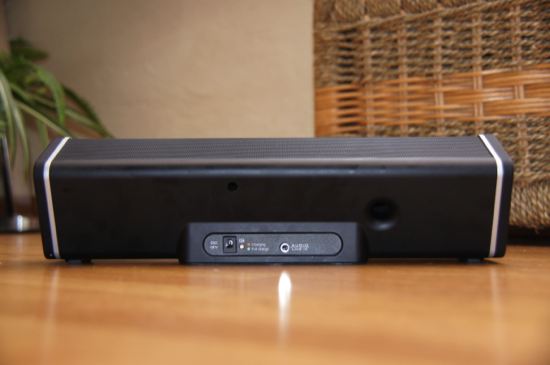 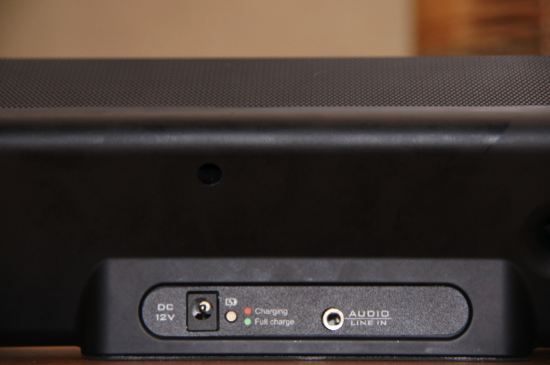 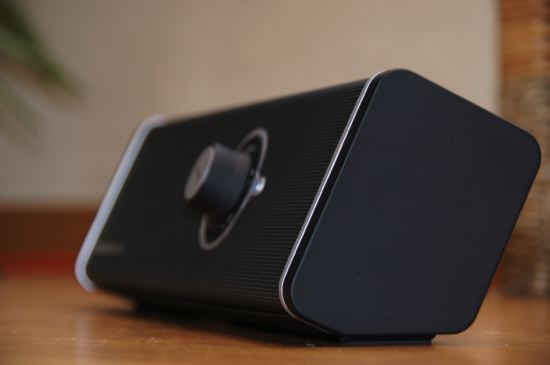 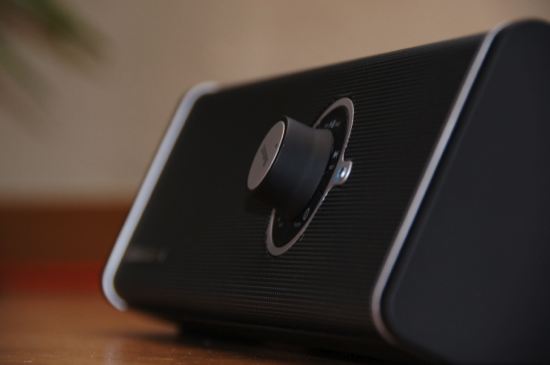 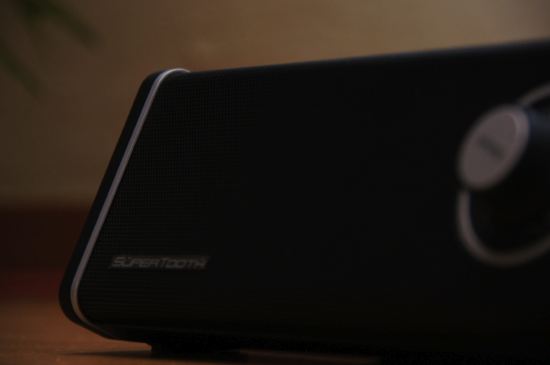 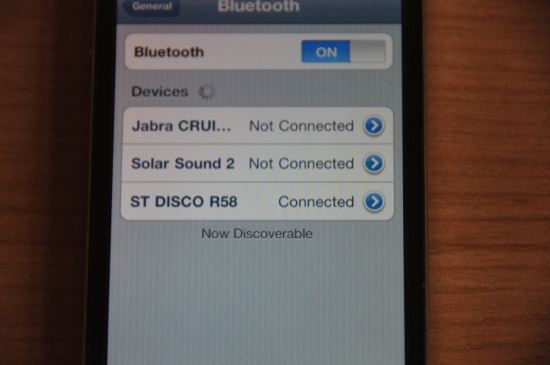