Rumors of Borderlands 2 have been kicking around for some time now, but it now looks as though we have had the first piece of confirmation thanks to a recent interview with Randy Pitchford. In the interview with VG247, the CEO of Gearbox Software said that he has work to do on the new game.

This is not an official announcement of any kind, but it does seem that all the months of denying development of Borderlands 2 was just to take us of the scent. Now one-question remains, when is the release date? THDRoom believes that we could find this out at either GDC or E3; the former is not that long away at all.

When Borderlands was launched back in 2009 there was no denying how successful it was, and since then there has been all this speculation of a sequel, and hopefully the developer will give fans what they want. Since its launch there have been a number of add-ons, such as the Claptrap’s New Robot Revolution DLC. Let us hope that they have taken their time on this, as we do not want the new version to spoil the original. 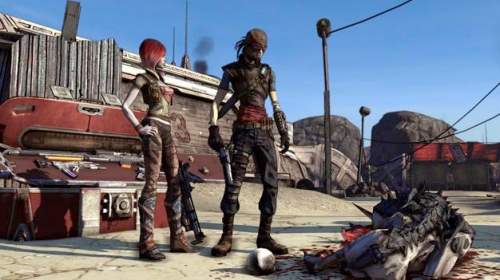 Yesterday was certainly a day for Borderlands, as Xbox Gaming announced that the two year-old game has now been made available on Xbox LIVE Marketplace in South Africa for a R169, this same version was made available in the States last summer. Wonder how long it will be before the sequel makes it online?