Borderlands 2 is due for release on Xbox 360, PS3 and PC soon, but there still remains a high request to bring Borderlands 2 to the PS Vita handheld. The good news is that developers Gearbox support this idea, but the bad news is that they need Sony’s help to make this a reality.

There is no doubt that Borderlands 2 is going to end up a huge success on console, especially if it follows on from the excellent first game, which was a something of a secret weapon for Gearbox – a far contrast to what happened with Duke Nukem Forever.

Randy Pitchford, company CEO has again expressed his desire to have a Borderlands 2 game on the Vita, but has now formally requested Sony for assistance in making his happen. Surprisingly, he has stated that he is even willing for Sony to develop the game with his blessing, since he currently ‘has no time’ to handle the project himself with so many commitments to fulfill regarding the console and PC versions.

Even more exciting for Vita owners, is that Pitchford is also willing to explore the possibilities of cross-platform play with the PS3 version, in a scenario where Vita owners could pick up and play from a PS3 cloud save. We’ve seen in the past though so many times that handing the franchise off to another developer doesn’t always pay dividends for the original company. 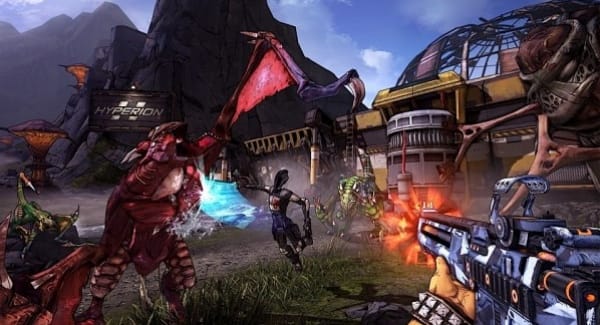 A classic example can be seen in the upcoming version of Black Ops: Declassified for the PS Vita, which is essentially a toned down version of the original console and PC game. Rather than get original developers Treyarch to handle the project, Activision has instead asked Resistance Burning Skies developer Nihilistic to oversee the project – a move that not many Vita owners are happy about.

Are you worried that the same fate may happen to Borderlands 2 on the Vita if Gearbox do not develop the game themselves? Let us know if you would like to see the game on handheld or not.