Boom Beach is the third game from app developer Supercell, and if we are to go off their other gaming apps, then Boom Beach looks set to be another huge hit. However, the game will not be able to realize its potential with just an iOS version, and so questions are being asked as to when we are likely to see an Android release date?

The idea behind Boom Beach is that you will need to defend your base, while raiding others, which you can do by amassing a huge army. This seems very similar to Clash of Clans, although Boom Beach is done with modern military personnel and weapons rather than wizards and goblins.

Boom Beach wait for Android release date — Android users will not be happy that Supercell is making them wait once again for the release of such a popular app, and while we have no release date as yet, we can look to the past to get a better idea.

It’s not yet known why there is no Boom Beach Android version, and doubt we will ever find out, but there have been previous suggestions that Apple has paid Supercell, much like the rumors for Plants vs. Zombies 2. However, it is possible that Supercell would rather test servers before the new app hits Android, as it has a much larger user base. 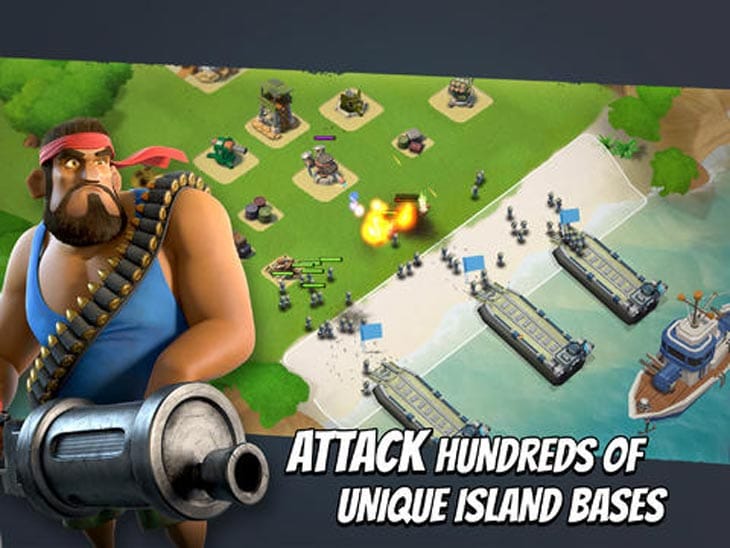 Previous Supercell apps took a few months to reach Android after the iPhone and iPad versions, and so we could expect to see Boom Beach released on Android around June 2014.

The Boom Beach app is free to download, although the developer gets money from in-app purchases, with a cost of $4.99 to $99.99. This is a huge sum of money and we cannot understand why anyone would wish to spend so much on an app like this, although each to their own.

Do you see Boom Beach being as popular as Clash of Clans or Hay Day? How long do you think it will be before the Android version is released?