We are very close to the Boom Beach update release time after developers Supercell have contuined to tease elements of the new update with Sneak Peek reveals for fans.

If you haven’t been keeping up with the preview, we are now at Boom Beach update Sneak Peek 3 which you can see below which will add the War Room Sauna and Spa to Boom Beach.

Before that we had the Shock Mine as Sneak Peek 1 and the Shield Generator as Sneak Peek 2 which were previously hinted at in a recent Reddit AMA. 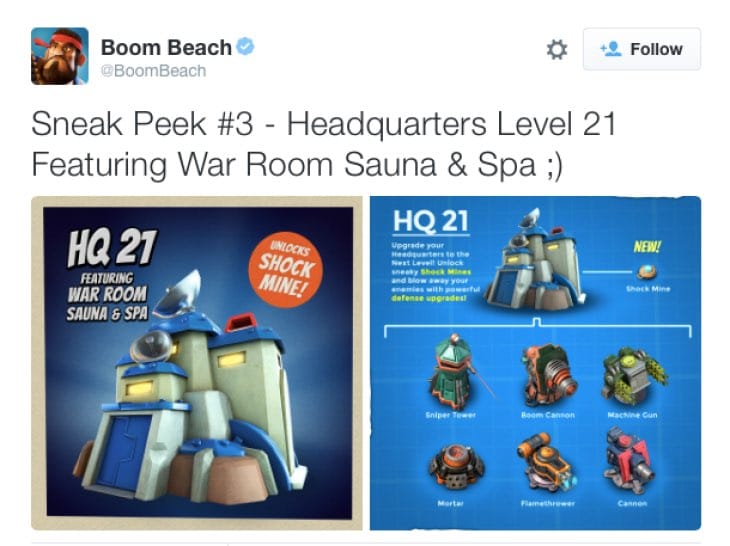 Now that we are at Sneak Peek 3, we could be very close the Boom Beach update download for Android and iOS going live after a possible Boom Beach Sneak Peek 4. Traditionally, Supercell like to deploy up to five Sneak Peaks for their forthcoming updates for Boom Beach and Clash of Clans – so it is coming soon.

The update usually takes place in the morning, European time so those playing from the US should expect to stay up late if they want to download the update at the earliest opportunity.

Are you excited about the Boom Beach update which is coming very soon? Let us know which is your favorite Sneak Peek seen so far – recap a preview of the notes here.