The latest Boom Beach update was released to Android and iOS users last week, and since then they have been enjoying everything that is new with the gaming app. However, there are some of you out there that are not happy because ever since the update a few problems have appeared — although we also know a few are persistent ones.

First of all there are the new changes – Headquarters has now moved up to Level 21, and so with the Armory Level 21 the new upgrade now increases levels for Troops and Gunboat Abilities. Then there is Shock Mine, which means you can now stun your enemy troops with this awesome new mine. More details on all the new features can be found in the release notes that we recently discussed.

Since the new update users have been complaining about several Boom Beach problems, as the app is not working correctly for some of them. We do not know if this only applies to Android devices, as these issues were found on the Google Play Store? One user has said that since the latest update they are unable to get into the game, and has led this player to wonder if this is an isolated issue, or if anyone else is suffering the same issue? 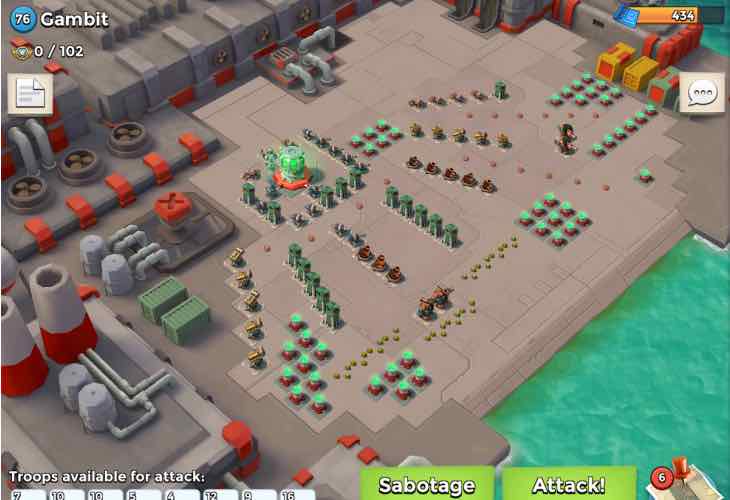 Another user has found that following the update, the game now has many of the words cut in half, as some of the letters are missing. This seems like a very strange error, and makes us wonder if it is specific to that person’s particular device?

However, the most vocal user has said that the latest Boom Beach update version 23.141 for Android said on Google Play that it “sucks“. They said that while it had been better than Clash of Clans in the past, this new update has now made the game almost impossible to play. The exact words are, “last headquarter update i did in level 48 now i am level 52, and i just have to wait for level 58 to do update? so u guys can profit from diamond purchase?”

Have you experienced any of these issues, or have you come across any others?