There’s a new Boom Beach update going live today on March 14, 2016. We have the full Boom Beach update notes below that’s broken down into new stuff, improvements, and bug fixes for this very popular Android/iOS app.

In regard to new stuff arriving with the Boom Beach March 14 update, you can expect to see level 22 Headquarters and Armory Level. The latter allows for new upgrades to Troops and also Gunboat abilities.

Other new features include Supply Chests now containing rewards based on your Rank, which can be claimed after you gain five Victory Points with new points being earned every 24 hours. Of course, the higher you get your rank the better rewards become. 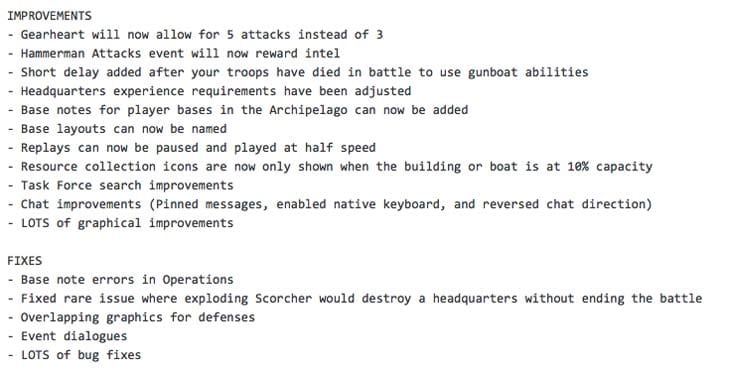 Have you seen the Boom Beach March 14 update go live yet? If so, what time did it happen for you? Take a look above for a list of improvements and bug fixes to Boom Beach in this patch.