A couple of days ago we looked at the possibility of Boom Beach getting its update in July, although August was more of a probability. We had based this on previous updates, so was very shocked to see Supercell update Boom Beach yesterday, June 24, 2015 for Android and iOS devices.

The Boom Beach update moves up to version 22.62 for Android and 22.59.1 for the iPhone, iPad and iPod touch. However, the new features and changes are identical.

One of the more popular new features has to be those balance changes. The Gearheart event resource rewards have now been increased, giving you even more reason to love this female antagonist. 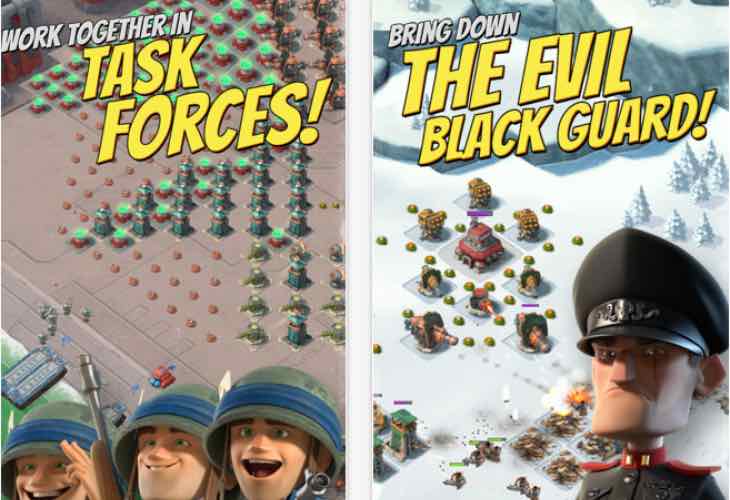 Now it is even more rewarding for the Hammerman on the hunt event, as the rewards have been increased to fall in line with the higher VP ranges. This gives you an even greater incentive to crush your enemies puny bases – well that is how Hammerman would put it.

The last of those balance changes within the Boom Beach June update is that the difficulty for the Dr. Terror event has been increased, making it more of a challenge. We can understand why the developer has done this, as some players have said it was just too easy, but would you agree?

Even more to get excited about – Supercell did not stop there because they have also introduced the ability to save multiple base layouts, and being able to view attack and defense replays with your Task Force. As for those much-needed improvements, there are now new building upgrade level graphics, Critters will no longer follow fires. You will now be able to receive Medic/Medkit healing or statue bonuses, along with several bug fixes and Gearheart event coming with more reward thresholds.

Have you had a chance to update Boom Beach and give those new features a try, if so what are your first thoughts?