We have an update on the WWE 2K16 roster list for you and it is exciting news. The Boogeyman in WWE 2K16 appears to have been confirmed, as the Boogeyman himself has taken to Twitter to reveal his inclusion before anywhere else.

Take a look at the Twitter account of The Boogeyman, who posted minutes ago saying ‘Boogeyman WWE 2K16 make some noise, WWE Universe’.

We’re assuming that this means he is in the roster, although some are saying that Boogeyman is using social media to convince the likes of Triple H and Vince McMahon to put him in the game. 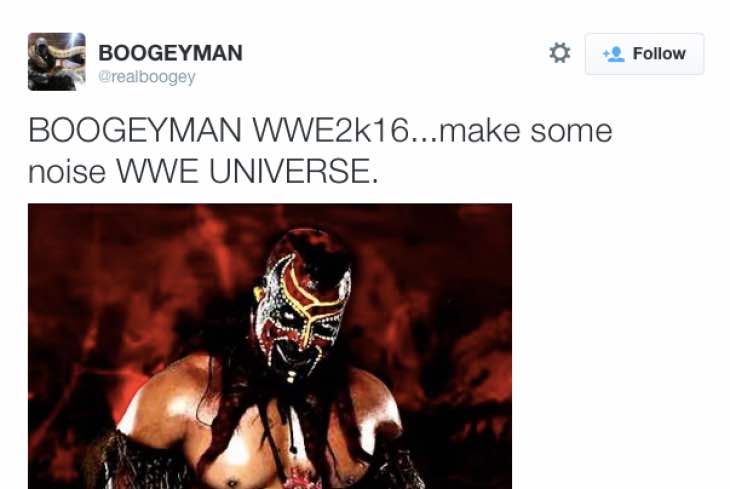 Nothing speaks louder than social media these days so either way if he isn’t confirmed yet he probably will be based on the feedback after Boogeyman’s Tweet.

Meanwhile the official WWE 2K16 roster website still hasn’t been created by 2K yet as there’s no tab for fans to check the WWE 2K16 roster yet – only WWE 2K14 and WWE 2K15.

Hopefully this is coming very soon as most just want to know who is going to be playable before they pre-order.

As we wait for more details on the Boogeyman rumor, let us know your reaction to the Tweet above and if you would be happy for this cult star to take up a playable slot.