Today is the day at last when Xbox and PC gamers can finally get their hands on the Black Ops 3 DLC 4 Salvation map pack, after Treyarch released one month earlier to PS4 gamers exclusively.

Many thought that it would be happening at 12am midnight Pacific Time, but at the time of writing we can see that it is still not available for download. 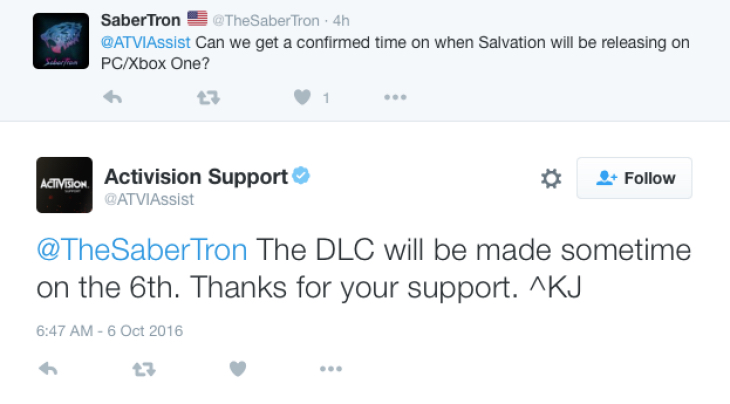 Although some are saying that it may not arrive until 5PM UK time, we have seen map packs for COD arrive much earlier than that and sometimes after 2am Pacific Time, which means from 10am UK time onwards.

As you can see from the Tweet above, Activision support is keeping quiet on the exact time so you’ll just have to keep refreshing the store as it could arrive any moment.

Are you getting frustrated with the wait? Let us know the minute you are downloading, to give other gamers a heads-up that Salvation is out on PC and Xbox!