We’ve had look at this ourselves and can confirm that for some reason there isn’t a download button for Awakening – only a ‘purchased’ confirmation which obviously isn’t helpful.

To recap, Treyarch released Black Ops 3 update 1.05 hours ago and this provided the main support for the Awakening DLC maps. However you still need to download the maps physically from the store and once you have done that you will see a ‘green’ arrow appear next to Der Eisendrache in game. 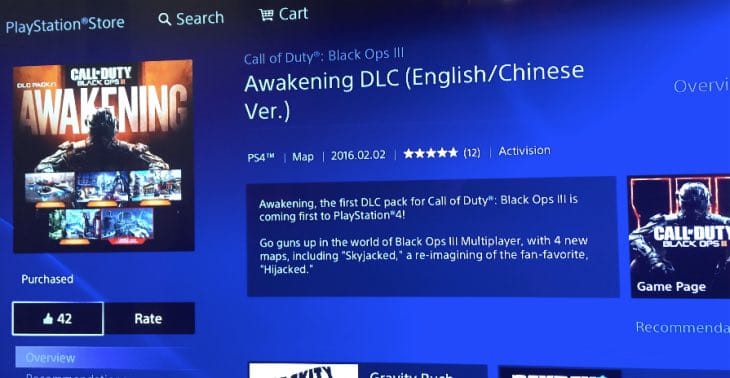 There is still no way to download the map though as it is always showing ‘purchased’, which is very odd.

We know that many of you are having no problems with this and are already playing, but some of you could be stuck just like the images we’ve supplied here.

Is this happening to you right now where you can’t play the Awakening DLC maps for Black Ops 3? Leave a comment below and let’s try and solve this problem.

Update: If you are getting the same thing where it won’t let you play the new Awakening DLC maps, try restarting your PS4 console and then reenter the game – it should work after that.