Several years ago a handful of carmakers started to adopt a new form of lighting on their car models, but as time goes on it was obvious that LED would be replaced by something else. Before you start worrying that your vehicle with LED headlights will soon be phased out, think again, as the next leap is a long way off from major production.

The new technology in question is lasterlight and in recent days has caused a little childish behavior between Audi and BMW. The reason for this is because Audi was seen at CES showcasing laserlight on its new Audi Sport Quattro concept, but BMW stole its thunder. 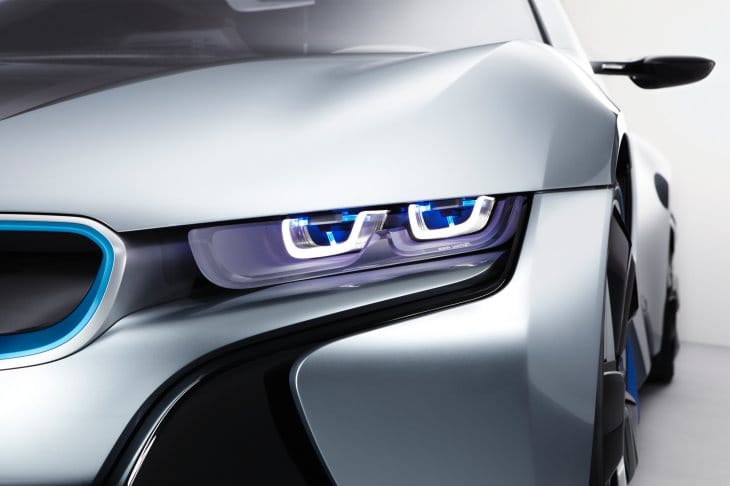 LED vs. Laserlight — To give you an idea of the difference between the two, the latter has laser diodes that are much smaller than LED and as such has twice the amount of lighting range as the former, as well as three times the luminosity.

We can see by looking on Twitter than people are also getting a little confused because they are saying that Audi always change the headlight game. However, you have to remember that BMW showcased this laserlight back in 2011 at CES.

However, you have to remember one thing, this will be an optional extra on the i8 and Sport Quattro, and an expensive one at that. Let’s wait and see how long it will be before Lexus offer this as standard across its models?