The M series of BMWs have always been popular with the increased performance and handling, giving owners that bit extra over the standard vehicle. The German car maker has just released a new performance exhaust system for the current M3.

Auto blog are reporting that the new exhaust is made from lightweight, heat-resistant Inconel. When fitted to the current M3’s 4.0-liter V8 engine results in a much nicer powerful sound. Check the video out below and hear it for yourself. This exhaust is around twenty pounds lighter than the standard factory fitted system.

It is made up of perforated inner pipes, and has polished titanium tips with the BMW M logo on. The performance system is not exactly cheap costing a massive $4,374, and then you will have to pay for fitting. 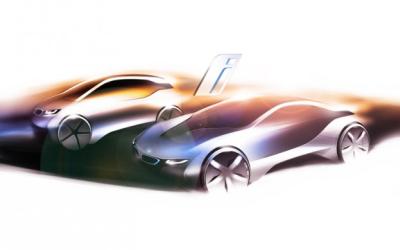 BMW has also announced today that it is to offer a new sub-brand called ‘i’, according to an article on Auto Blog. This will be the car makers sustainable and mobility offerings. The first two models will arrive in 2013 and known as the MegaCity and VED models. BMW also revealed a holding company which will be based in New York with $100 million in backing.

The company called BMW i Ventures will be responsible for things like smartphone apps, and has already begun looking at other businesses including My City Way. This company has its own app which has details on public transport, entertainment and parking in over forty US cities.