There has been a huge amount of fallout since the Volkswagen emissions scandal, which has now started to have an effect on other German carmakers stock prices. We have already seen the BMW share price hit in Europe with a drop of around 7 percent, which is sure to be as a result to recent claims that some BMW diesel engines are also exceeding emission limits.

We would just like to point out that the claims concerning BMW have not been proven, and are the result of German car magazine, Auto Bild reporting that some of their BMW diesel models have fallen foul to the emission standards. 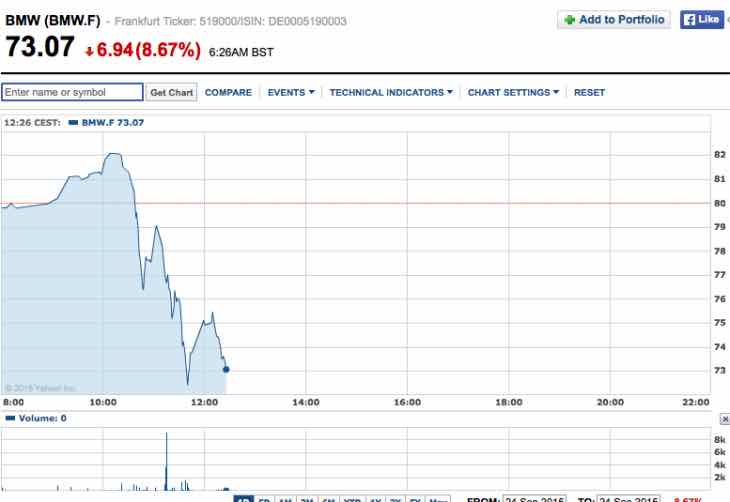 BMW has since denied they have used defeat devices like VW, and we also noticed that Mercedes has denied such wrongdoing. It is obvious that all carmakers will now come under scrutiny, although German ones even more so.

We have since noticed that BMW shares are going up and down, and could end up just a fraction down on yesterday. We have also noticed that the VW share price has also bounced up from a couple of days ago, although billions have still be wiped of the company’s value.