If you were ever asked which is the best version of the upgraded BMW M3, many of you agree that it is the E92. We know that there is the E93, but for some reason the former has that certain something that modders love, and a fine example of this is the BMW M3 E92 in Santorini Blue.

The list of BMW M3 E92 upgrades helps to make the specs of this awesome sedan all the more better, and to some looks a lot like the Yas Marina Blue, which as many petrol heads know was used on the F80 M3, which you can see revving up in the video attached below.

BMW M3 E92 vs. 2015 BMW M3 F80 — By dressing up the older M3 it certainly helps give the aging BMW a new lease of life because it has a range of aftermarket accessories to take it far beyond a stock version of the M3. 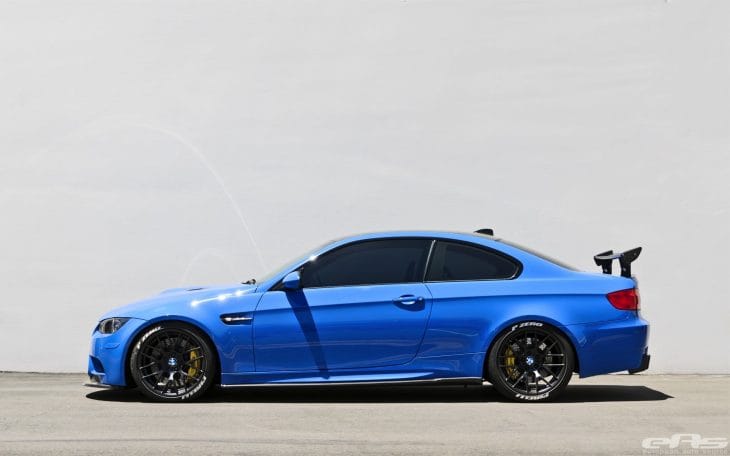 We would really love to see just how this modded version of the BMW compares to the most recent version, who knows, one day we will see them on a track together?

To give you an idea of the BMW M3 E92 specs, which was recently seen at EAS, there is now a S65 4-liter V8 engine, which also has a ESS VT2-625 supercharger fitted. The engine will now produce around 600 horsepower, and so a new exhaust and larger brakes are needed because of that extra power. You can find more details here.

As for the 2015 BMW M3 F80, this is more of a stock version and so comes with a six-cylinder, 3.0-litre twin-turbocharged engine producing around 451 horsepower. It is clear that the older model has the edge by a considerable margin, but we wonder what sort of 2015 BMW M3 F80 upgrades we can expect to see down the line?