One might presume that pitting both these vehicles together seems a bit silly because they cater for different markets, but it is an informative way to see how the old guard stands up against a new foe. Ok, so one is powered by a conventional engine, while the other has its front wheels driven by an electric motor, or all four wheels by petrol and electric, but they are more similar than you might think.

Some of you might say it would be more practical to pit the BMW i8 against the Porsche 918 Spyder, but then that would be an unfair fight from the start. At least the i8 and 911 is more equal. 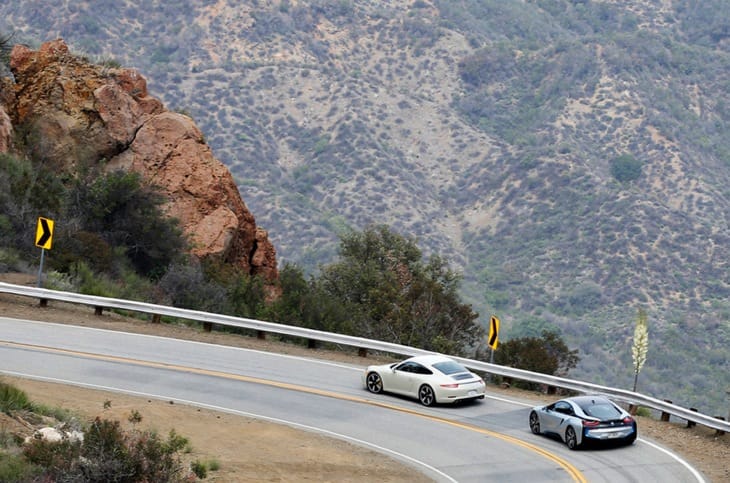 Autocar has come up with an article that will leave you feeling as though both vehicles are the winner and they would be right. The BMW i8 may be more for those of you who embrace technology and wants a car that is dynamic in almost every way.

Having said that, the Porsche 911 is even more dynamic because of its superb body control and its ability to keep offering grip long after other sports cars give up. The overall driving experience of the 911 is intoxicating, but the i8 makes it look very dated.

If you had a chance to own either of these models, then which would it be?