A scheme that allows commuters to use smartcards or phones to book the use of Bluecar electric cars sounds like an ideal way for users to make short journeys around the capital. This scheme is the brainchild of French tycoon, Vincent BollorÃ© who has promised to introduce this to London by March 2015.

About 100 Bluecars are expected to be available by this time allowing drivers to make short journeys in between electric parking points. The proposal by the French billionaire could see the initial 100 Bluecars rise to 3,000 depending on public support and accessible parking areas, and Auto Express discuss how the BollorÃ© group won the contract from Transport for London.

According to Vincent BollorÃ©, “the electric car is a toy of the happy few and is very expensive, until now“, as the BollorÃ© group have designed a car that is cheap, has four seats and is regarded by BollorÃ© as a beautiful and cheap real car.

BollorÃ© intends on extending the current amount of charging points as many of the 1,400 available in the capital are not being regularly used because of the small scale, but BollorÃ© envisions this number will increase to a reliable 6,000 by 2018. 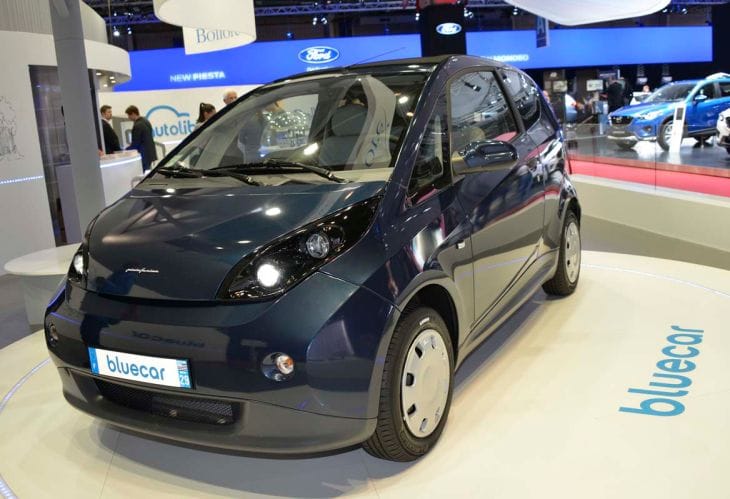 In addition, he also hopes to attract more custom by accumulating around 60,000 members with a £10 monthly subscription and a five pound per half hour charge to break even. This scheme is also being backed by Mayor Boris Johnson in a bid to reduce air pollution, hoping this will also boost the overall electric-car use.

When it comes to electric cars we recently spoke about how Nissan’s electric Leaf demand is higher than projected, as the Japanese car manufacturer suggests more of these gas-free motors could be sold than they initially expected. This is also great news considering over 100,000 units of its electric Leaf have sold since 2010.

With forecasts saying that Nissan could sell up to 1.5 million units by 2020, the electric vehicle demand is starting to gather some momentum. Going back to the original topic do you feel the Bluecar electric car scheme would be ideal for London commuters?