If for some reason you have yet to own a Nintendo Wii in your gaming ‘career’ so far, now may be the best time to do so as we’re hearing that one US retailer will be giving consumers the chance to own a limited edition console in Blue, which hasn’t been seen anywhere up until now.

The most traditional colors for the Nintendo Wii are white and black as most of you will be aware, but Walmart has announced that during their holiday sales this year, they will be offering a limited edition Blue console for a very tempting price, for 24 hours only.

If you head to places like Amazon, you’ll see that they have the Black Nintendo Wii Mario Kart bundle listed for a reasonable $149.99, while you’ll also find a Red Nintendo Wii bundle available for $212.99 as well. Walmart are going one step further though as usual, by offering this slick blue console for under $100 ($99.96 to be exact) this Thursday starting at 10pm and lasting until 10pm the following day – Black Friday.

Usually, Walmart’s deals are shrouded in mystery prior to Thanksgiving, but this year Walmart are changing their strategy and have even set up a Twitter page to inform bargain hunters about incoming deals – just like this Tweet for example showing the Blue Nintendo Wii. Here’s a picture of the console so you can see what it will look like – very sexy in our opinion and we have a feeling you’ll probably agree. 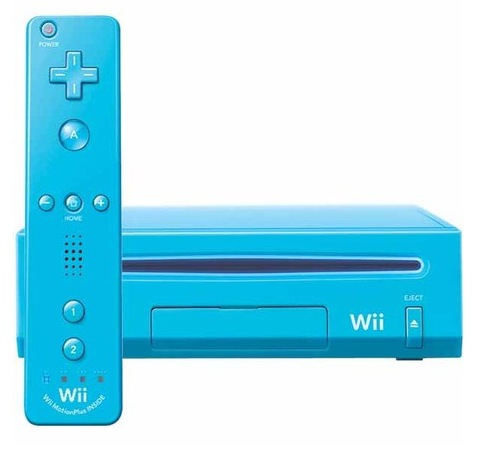 Don’t forget that Nintendo has just released The Legend of Zelda: Skyward Sword as well, so this is another incentive to pick this one and play the latest game in what is one of the best loved franchises in gaming history. The game has been getting stunning reviews as you would expect from a Zelda game, so we definitely recommend you take time out from the likes of MW3, BF3 and Skyrim to give Skyward Sword some love.

If you are interested in this deal, make sure you get to Walmart well before 10pm as you just know that these are going to be in high demand. Let us know if you are planning to queue up for one.