We have some good news for those who are looking for Bloodborne PS4 news. The developers of the game From Software have just sent out a confirmation that we are due for the next content reveal for the game within days.

A bigger talking point though appears to be on the likelihood of From Software offering a Bloodborne PS4 demo release. There is big expectation from the developers of Dark Souls to deliver, but given that this is a PS4 exclusive – a demo is the perfect opportunity to bring mass interest over to Sony’s console at the same time.

Perhaps it is a question that we will see the answer to from From Software in 10 days. The developer has just sent out a Tweet revealing that Bloodborne PS4 news is coming on November 20. 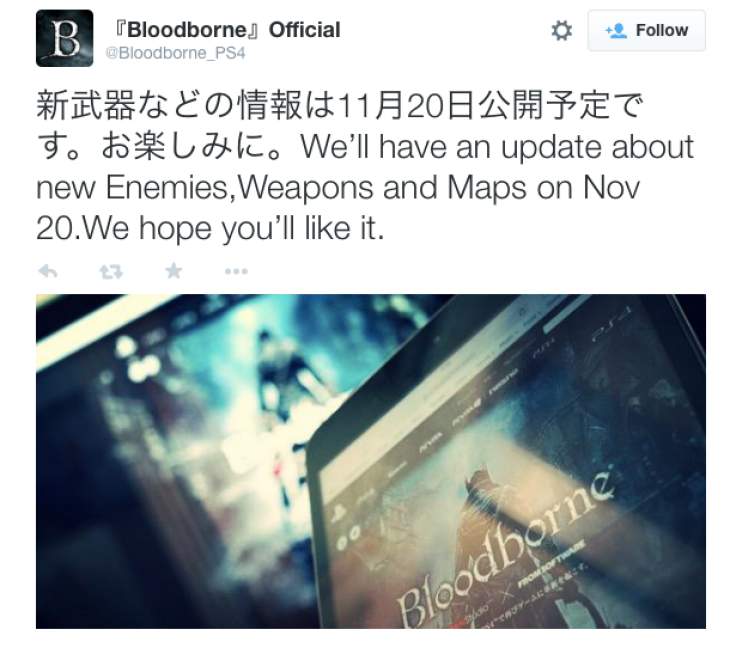 Areas of interest will involve enemies, weapons and the various Bloodborne PS4 maps that you will encounter along your adventure. After doing some digging though on Neogaf, we can see that many agree that a Bloodborne PS4 demo release date would be a great idea.

Although we can also see some are debating whether a demo would alienate some fans after experiencing the infamous Bloodborne PS4 difficulty, since we are dealing with the developers of one of the most difficult games in history with regards to Dark Souls.

Do you think a demo is a good idea or not? We know that PS4 Share Play is really going to be amazing with a game like Bloodborne, since other users will be able to help on areas of difficulty.