Many of you are still complaining about Bloodborne servers being down for maintenance on December 1 or December 2 depending on where you live.

The developers recently explained that Bloodborne was down for ’emergency maintenance’ and now we can confirm that a new Bloodborne 1.08 update has now gone live.

Sony has not yet revealed the Bloodborne 1.08 patch notes in English yet as far as we can see, but we can bring you a heads-up thanks to a Japanese translation. 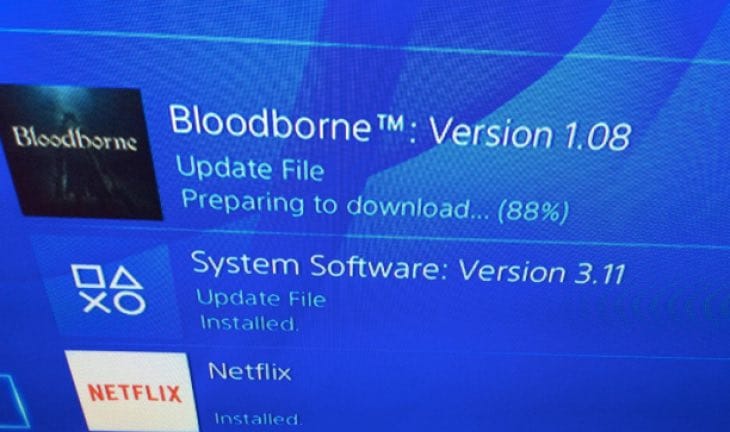 This should be what has been fixed in Bloodborne 1.08 after the patch so take a look:

The key line there is obviously the top as now it looks like the main reason for 1.08 and the emergency maintenance was to stop players using a Bloodborne exploit to get the Old Hunters DLC for free.

It wasn’t going to last long and now it looks like the developers have already managed to patch it up with 1.08.

This hopefully means that the game will be available again, so let us know your status after installing the latest patch.

Were you aware of this exploit?

Update: There’s reports from the community that the translated patch notes are incorrect. Once we get confirmation from Sony on the official notes we will update this for you – apologies for the confusion / mass hysteria.

Update 2: The maintenance is now officially over according to the developers, so you should now be able to start playing as normal.

The server maintenance is now completed for #Bloodborne . We have also released update 1.08. please update at your earliest convenience.

Update 3: These are the only official comments on the Japanese website for the game in relation to possible notes:

“The emergency server maintenance which occurred from yesterday (1-Dec, Tues, around 15:00) has been completed.

Also in regards to the issues like NPC survivor state not handed over properly which occurred in the previous update, we have provided a latest update (1.08) where such issues have been fixed.
We are deeply sorry to cause such inconvenience.

Once you start playing the game again, feel free to list changes that you spot yourself below.