It looks like the hype train for the next new Overwatch hero has well and truly begun, with Blizzard delivering an exciting teaser on Twitter this week driving fans wild in the process.

The developer is remaining tight-lipped, but still giving away some juicy hints that the next new Overwatch hero could end up being Hammond.

Check out the Tweet with the short video that Blizzard sent out earlier this week, pay special attention to the designs and posters in the background.

Overwatch players certainly believe that the hero is going to end up being Hammond, while there has been further clues on this in the image below as well – which potentially shows Hammond or Specimen 28 in its pod form which forms into the rolling ball which you see in Blizzard’s teaser. 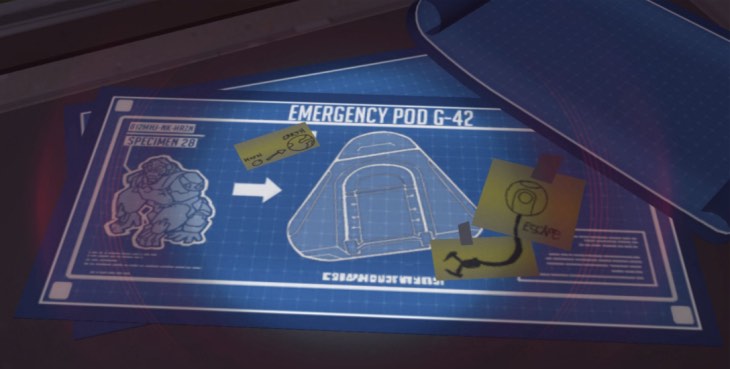 Are you excited about the new Overwatch hero? Let us know if you think it is Hammond or something completely different.