Apple will never make a showing at events such as CES, and so we were never going to see the Apple Watch unveiled. However, what has surprised us is how a Chinese company was able to sell a fake version of this upcoming iOS smartwatch.

This fake Apple Watch was not in the main halls and so never got coverage that Panasonic had with its 4K Blu-ray player, and so you will need to head to one of the smaller back halls. The company in question is Hyperdon, and at first glance you would be mistaken for thinking you were looking at the genuine article.

However, it isn’t until you get up close that you notice this is a knock-off, and so Mashable knew they had to get one in order to see what $30 gets you — yes, you read that price right. 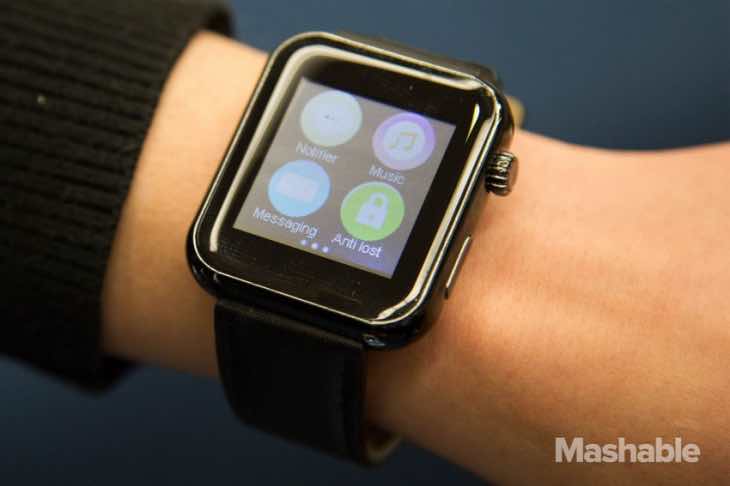 Blatancy of the fake — Its exterior is very similar to that of Apple’s smartwatch and the display only comes to life when it is turned on. The device is able to make and receive calls and even has a vibrate feature.

The watch also comes with some fitness features, such as a pedometer, although lacks a lot of what the proper version does. It’s a little worrying that the apps and icons look very similar to what the Apple Watch will come with, and for this reason we are concerned at how something so blatant was allowed at CES in the first place?