With the US still awaiting the release of the BlackBerry Z10, many potential buyers will be looking carefully at the reviews to see if the Canadian phone maker has been able to come up with the goods. For the most part things seem to be pretty positive by those who have purchased a Z10 in the UK.

It looks as though BlackBerry is on to a winner, so before consumers and business users get one of these new handsets in North America, then a quick review over some BlackBerry Z10 cases might be in order. While most of is will be interested to see how much protection they offer, along with how well they look, cost is always going to be a major factor.

First we have the BlackBerry Z10 Flip Shell Case, which is similar to Apple’s Smart Cover. However, it’s much more than that because it adds protection to the rear of the device as well, unlike Apple’s accessory. You can see a demonstration of this in the video above. This shell case does add a bit of class to the Z10 thanks to the embossed BlackBerry logo. The price for the BlackBerry Z10 Flip Shell Case is just $32.95. 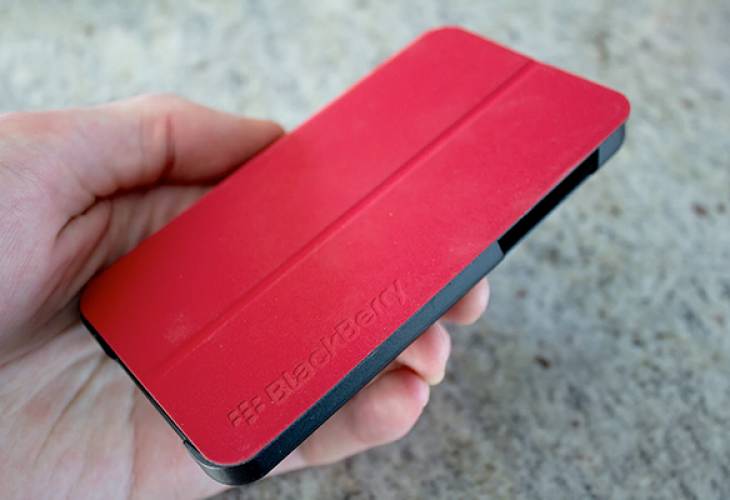 Next we have the Z10 Transform Hard Shell, which not only adds a great deal of protection to your new BlackBerry smartphone, but also gives it an awesome look as well, although the Z10 already looks special anyway. What we love about this case is that in one moment it’s just a robust case, then next it transforms into a kickstand, which is visualized for your viewing pleasure below. The price for the BlackBerry Z10 Transform case is $32.95.

Whenever a new smartphone is released we await to see if OttorBox will release a Defender case for it, and you’ll be pleased to know that they have. However, you have to remember that the cost for the OtterBox Defender case for the BlackBerry Z10 will cost a little more than the previous 2 cases, the main reason because its specification are far greater.

We know that the Defender will provide a greater amount of protection, which is important when dealing with a smartphone that has those kinds of specs. The price you will pay for the BlackBerry Z10 OtterBox Defender case is $49.95.

These are just three of a great abundance of Z10 cases already on the market, but if you are looking for cases with more elegance then Case Mate has that covered. The US release date for the Z10 has yet to be finalized, but it’s expected to be mid to late March.