The iPad 2 has been getting most of the headlines in the tablet market since it was released, but other manufacturers have their own offerings for consumers. Research In Motion has recently released the PlayBook. A couple of days ago we showed you a video of the device in action, but today we have a more interesting video.

An article on Phones Review has a video courtesy of Mobile Burn, which shows the two devices in aside-by-side confrontation. The video which you can see below has over twelve minutes of the devices in a side-by-side battle looking at various features of the tablets.

Some of the major features are compared which include gaming; multitasking and some other simple users interface features. We are not going to tell you how they compared, you will have to watch the video for that, but one thing that really stands out is the difference in size when you see the two tablets next to each other. 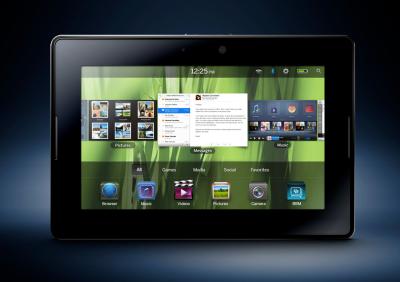 The PlayBook is likely to appeal to owners of BlackBerry cell phones, as the two devices can work well together. But is it worth having if you don’t already own a BlackBerry?