If you are a present owner of RIM’s BlackBerry PlayBook, then you may have seen or heard of the v1.0.7.2650 update that went live yesterday (19/07/11). Due to many complaints, the update was pulled and has now been replaced with v1.0.7.2670 that aims to fix the initial problems that came to light.

v1.0.7.2650 was first released earlier in the week that promised improved connectivity and productivity enhancements including that of BlackBerry Bridge and some additional multimedia features.

After a significant amount of time, the update was pulled from live servers due to increasing numbers of users complaining about issues with BlackBerry Bridge. RIM explained that they aim to resolve this later this week, but it seems as though it was quicker than expected and has arrived a full day after.

BlackBerry Bridge has had a significant update in this release and now has enhanced support for saving attachments to even more places than before. You can now save attachments for viewing and editing to removable SD cards, or to your BlackBerry smartphone’s internal flash memory. ZIP file type support has now also been added meaning that you can download it to your BlackBerry PlayBook and extract the compressed contents for editing or viewing.

Additional multimedia features have also been released as part of this update. The pictures application on your PlayBook now has a portrait or landscape option, and video’s can now be zoomed in on or out using the pinch gesture. 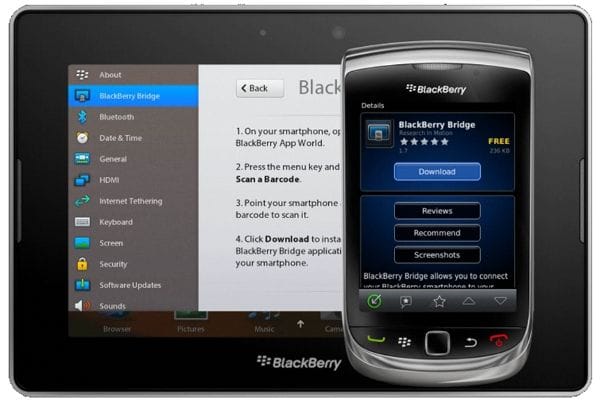 If you are interested in updating your BlackBerry Playbook, it is a relatively simple process to go through. The update should appear on your BlackBerry PlayBook tablet’s status ribbon, or you can manually check for updates via the Settings Menu under Software Updates. Please note that users who activated their PlayBook on or after July 13, 2011 will be automatically updated as part of the setup process.

We recommend also updating the BlackBery Bridge software on your BlackBerry smartphone.

For the full list of updates, check out the official BlackBerry Blog here.

So far, we have heard of no major issues with this release, but one or two people are complaining that WiFi file sharing is still not working.” If you are experiencing any problems or issues, please let us know in the comment section below.

How is the latest BlackBerry PlayBook update operating for you?