We have some good news for those of you looking for more gossip on the recently announced BlackBerry PlayBook tablet, as we have some live photos and a video of the device for you to take a look at.

As reported from Engadget, the exclusive media was taken by the tech site live at the event itself. Sadly, there are no proper hands-on photos at the moment, since RIM decided to keep their PlayBook tablet behind a glass display for the being.

However, the pictures they did manage to take are pretty good, and very exciting if you are currently in the hunt for a tablet device. The PlayBook won’t be out until Q1 2011, but judging by the specs we told you about here, it looks like it could be a real contender to take the iPad’s crown. 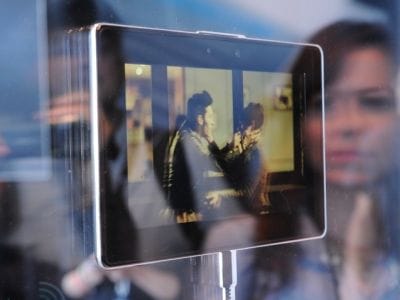 They also managed to capture a quick video as well, you can see it below. The pictures are available over at Engadget.