We have some good news for those of you planning to pick up the BlackBerry PlayBook tablet next year, as we are hearing of a potential release date in March, if covert information from RIM is to be believed.

As reported from Engadget, RIM recently made their earnings call for the 3rd Quarter this week, and during the call, a RIM spokeswoman confirmed that the Playbook will be out during the company’s first quarter of the calendar year in 2011.

Engadget has pointed out that this period doesn’t begin until March, and this is the first time that a potential launch month has been mentioned, previously all we had to go on is that it would be released sometime during the first quarter.

The details may be slightly confusing, but until we hear otherwise – you should assume that the Playbook will release during March – so start saving those dollars. 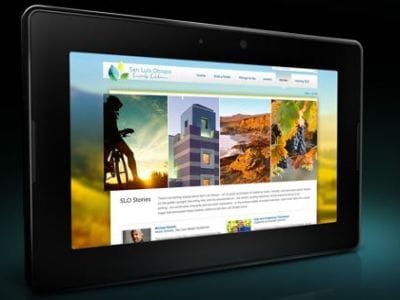 What are your thoughts on the upcoming Playbook? Has RIM’s brief unveilings given you enough to make it a certain buy in March, or are you still debating whether or not it matches up to the iPad? You can check out a useful browser comparison video with the iPad here.