To coincide with the official announcement of the RIM BlackBerry Playbook Tablet, the company has also launched the official website too. It has some great high quality photos of the device, as well as a complete breakdown of specifications.

We gave you an initial list of specs for the Playbook the moment it was announced at DevCon 2010, but if you proceed to the official BlackBerry website, you’ll be able to view a complete breakdown of specs in a nice flash user interface.

RIM claims that the Playbook is ‘Ultra-portable’ and ‘Super Convenient’, while they also reserve another special mention for the speedy dual-core 1GHz processor.

The website also lists a few details on how you can combine the PlayBook with your current BlackBerry smartphone, for features like Messenger, Email and Push Technology.

It is also interesting how they make note of ‘true multitasking’ support, maybe this is a slight dig at Apple’s iOS devices which only allowed for one application to be opened at a time.

Enjoy the photos below and head to the official website for the specs. You’ll find details on pricing here. 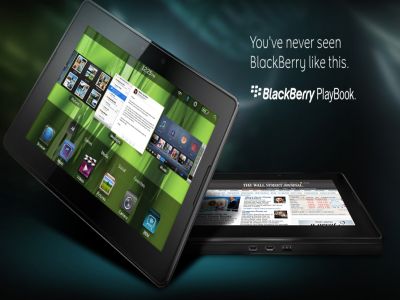 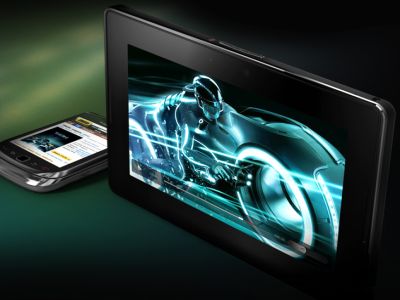