So far the PlayBook has been seen quite a lot, it is no stranger to the Internet performing in videos against the iPad for its browser where the demo shows the PlayBook getting to websites quicker than the iPad. 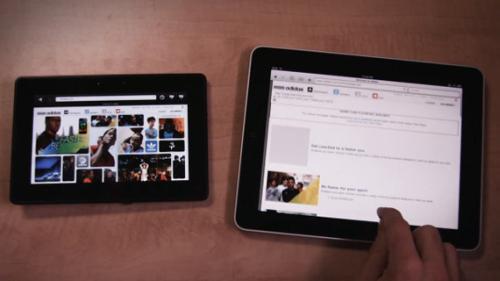 There has been a new video released that is showing off some of the fancy features of the 7” model including the 1080p HD content that hadn’t been seen until today. You can view the video at the bottom of this article.

The amount of time that RIM has allowed for the BlackBerry PlayBook is no secret and it is allowing people to start getting the idea of having one ahead of any other device. I am waiting to see similar videos of the iPad 2 because right now the RIM could be a realistic contender in the Tablet PC market.

What do you think of the RIM BlackBerry PlayBook? Has it caught your interest or are you holding out for the iPad 2? Let us know in the comments below.