If you tuned into CES 2011 earlier this month, you’ll know that the BlackBerry Playbook tablet will definitely be heading to Sprint later this year, with the added bonus of 4G WiMAX connectivity. We have some good news for AT&T subscribers now, as we are hearing that the tablet could also be headed your way.

As reported from BGR, new information has surfaced from CIO which reveals that a 3G version of the BlackBerry Playbook will be ready to release on the AT&T network in either late March or early April.

At the moment, we only know about two models of the highly anticipated Playbook, the 4G WiMAX version for Sprint, and the standard WiFi-only version due out sometime this quarter. It does seem likely that a 3G version will follow, and if AT&T gets it first – how would you feel about this? 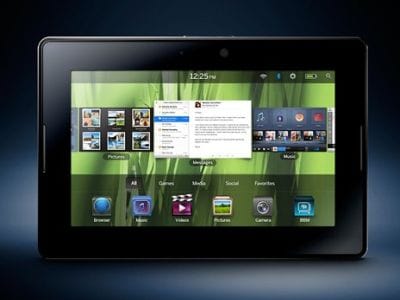 Considering that 4G speeds are now rolling out as a standard feature amongst network providers in the US, would you prefer to buy a 4G version of the Playbook on Sprint or even Verizon, or would you be happy with a 3G model on AT&T? We’ll let you know if the rumor gets confirmed.