The BlackBerry PlayBook was released back in April 2011 and early reviews for RIM’s tablet were mixed, and so it was the negative points that some people focused on the most. However, it was assumed Research In Motion would stick with the device and bring out a 2nd-generation model, but that never happened.

We heard several rumors back in 2013 and early 2014 that there could be a second generation model, but they never came to anything, although fans of the original still hold out hope.

BlackBerry PlayBook 2 rumors resurface — The release of the BlackBerry 10 OS and its smartphone to go with it received some very positive reviews. The Z10 was the handset that BlackBerry users had been waiting for, and now we have the Z30 it shows that the platform is ready for the second coming of the PlayBook. 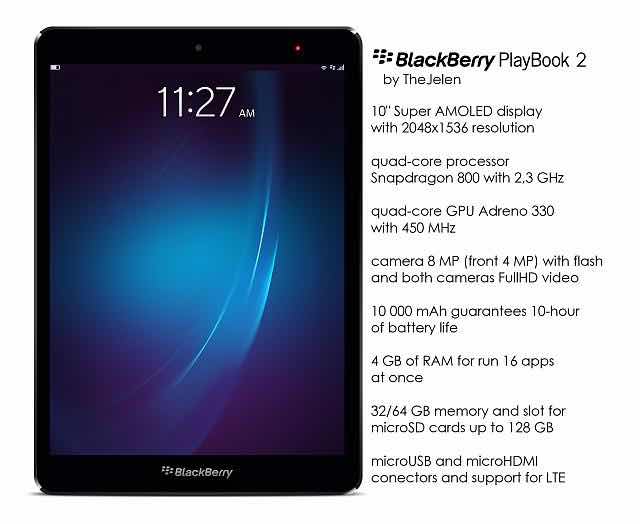 While BlackBerry has yet to offer any indication of a new tablet, this has not stopped the rumors from spreading, although we fear they were spread by those that still have the original PlayBook and live in hope that BlackBerry will finally see the light and announce an all-new version.

The Canadian company has shown a clear sign that it is intent in moving forward, and while some of you would see it as a step back, surely it is high time that BlackBerry took another stab and gave its customers what it wants, and that is an all-new PlayBook 2?