Now that RIM has started to roll out its new BlackBerry smartphones we can’t wait to see what else they have in store for us, so far the only device to run BlackBerry 7 without a physical QWERTY keyboard is the Torch 9850 / 9860, however some leaked photos recently showed up on CrackBerry which appear to show another touch-centric handset.

If CrackBerry’s article turns out to be accurate the smartphone which can be seen below is the BlackBerry Curve 9380 – as you would expect details are scarce, however it is clear to see that there is no physical QWERTY keyboard, there has never been a BlackBerry Curve like this before! 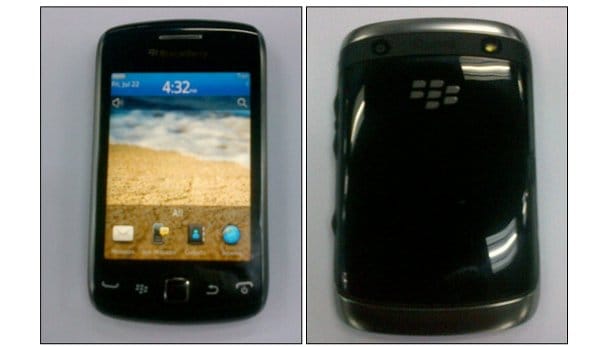 Those of you who have ever bought a BlackBerry Curve before will know that they are by no means RIM’s top-end offerings, when compared to the Bold models it is fair to say that they feel quite cheap and plasticky, but if you ignore that the user experience is not too bad. Could this mean that the Curve 9380 will be a mid-end smartphones which caters towards those of you who do not want to pay for a top-end device like the aforementioned Torch 9850 / 9860? We think so.

There isn’t much insight which we can gain from the leaked images, but it reminds us a little of the HTC Wildfire in terms of form-factor, also if you look at the back cover it is made out of a shiny plastic material which too us makes it look cheap – nothing compared to the premium-looking back cover which the new Torch 9810 features (see below). 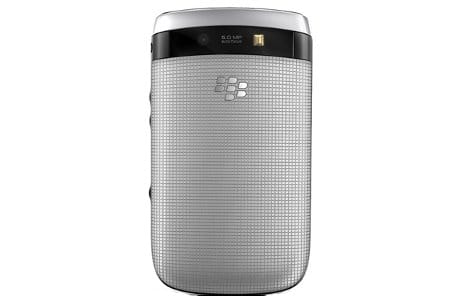 It will be interesting to see how RIM has managed to fit a virtual QWERTY keyboard on such a small-looking display, get it right and RIM could be onto a winner, get it wrong it could fail miserably. What do you think of the Curve 9830? Do you like the idea of a small BlackBerry smartphone which is touch centric?