While BlackBerry maker RIM may have had some tough times recently, there are still plenty of people who still like what the company has to offer. Sales of its tablet PC may not be taking the world by storm, but the company is looking to change the situation with its handsets. RIM recently announced its next operating system that alongside a range of new handsets, is hoped to change its fortunes for the better. Today we can tell you about the BlackBerry Colt that is thought to be the first BBX smartphone.

When the company announced BBX they didn’t give any information when the first devices running the software will be available. Now an article on N4BB has an image of what the first BBX device may look like, which you can see below. It is has the codename of BlackBerry Colt, and is thought to be coming around the middle of 2012.

While the look of the device may change slightly the website also has some specs for the device. It is thought it will come with a dual-core processor of some description, and be thinner than the Bold 9900 and 9930. The device is said to be getting a touch screen display of at least four inches with a resolution of more than 900. It will also feature two cameras that will have enhanced flash and focus.

It has to be remembered none of these specifications have been confirmed and are only rumors at present, but the company will surely pull out all the stops to provide an impressive device to showcase its new operating system.

Do you think the BBX operating system will save the BlackBerry platform? 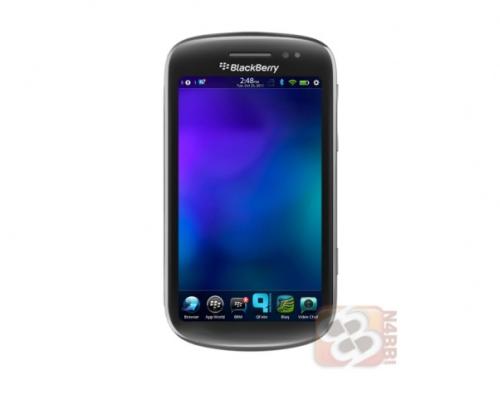