Players of Marvel Mighty Heroes on iOS and Android are going to be in for a treat soon. DeNA recently revealed that Spider-Man is going to be getting another variation, in addition to his existing two costumes that are present in the game at the moment.

Right now, you can choose from Classic Spidey and Spiderman 2099. We can tell you though that Black Spider-Man from the Secret Wars is coming too – aka the Symbiote Suit that most of you are probably familiar with from the comics and cartoon.

We know this, as DeNA already confirmed it in a ‘Marvel Monday’ feature over at Marvel’s official website. Directly below is a picture of how Black Spider-Man in Marvel Mighty Heroes will look – pretty awesome in our opinion. 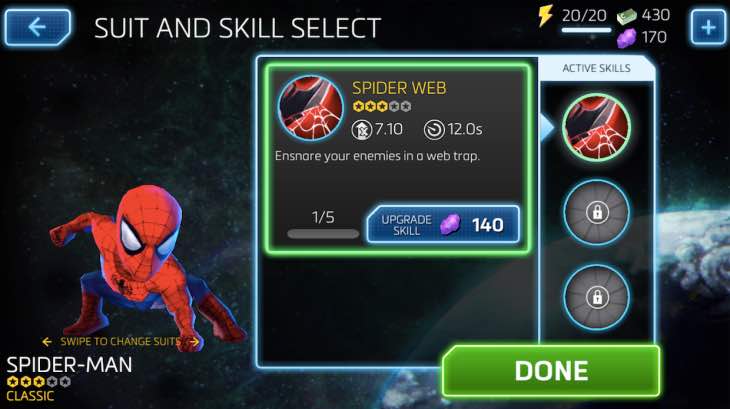 What we don’t know of course, is what the new skill Crawler Assault will bring on top of Spider Web which deals damage and slows down enemies in close vicinity.

It would be great if the Symbiote suit offers an AOE attack, which may bring more love back to scrapper Spidey – since Bruisers like Hulk and 4-star Dr Strange are running rampant at the moment.

There’s no date for when Spidey’s new suit will be available, but we have a feeling that it won’t be long. If you are playing this newly launched game, give us your thoughts on it so far.