If you have been keeping up to date with our ongoing coverage of zombie map releases as part of regular Call of Duty: Black Ops DLC, you’ll know that a fourth map pack called Retaliation has been heavily rumored to be coming.

For a quick refresh for those who are unaware of the rumors, Retaliation is meant to be hitting this September, once again adding four new multiplayer maps, as well as a brand new zombie map as well.

Although this is still a rumor, we already have potential map names included in Retaliation, and they could be Metro, Harbor, Cargo and Mansion as the multiplayer maps, while continuous rumors are suggesting that the new zombie map will be called Quarantine and that it will be set in Area 51.

We were previously thinking that this has to be true when you consider that Area 51 has always been a possible next location in the zombie storyline, and also the fact that the Retaliation map pack would seemingly complete a possible pattern that Treyarch are following if you combine the first letters of the previous three map packs. If you take (F)irst Strike, (E)scalation, (A)nnihilation, and (R)etaliation, you’ll see that it spells out the word FEAR – coincidence or a solid indication that a fourth map pack is on the way.

However, this whole theory has been put into doubt by a recent YouTube video we’ve seen, and interestingly, it comes courtesy of the guys from NGTZombies, who you should know are the team which usually cracks the zombie easter egg secrets contained in each zombie map release.

They believe that the Retaliation map pack theories are ‘bogus’ and provide a little proof as well. According to them, system files on Xbox Live appearing to show Retaliation are actually the same files for Escalation, as a video we have to show you below does clearly show that there is no sign of the Escalation files, but the files for the other map packs are there in front of you.

Further signs of this theory being true can be seen in the date associated with the Retaliation file located in your Xbox Live memory settings. If you have a listing for Retaliation there, you’ll see that the date lists May 3rd 2011, which is the exact date that Escalation was released. This aspect seems to have been overlooked by exciting gamers who are adamant that a fourth map pack is on the way.

Again, nothing is official yet, but we’re just letting you know that this particular rumor may be untrue. We’d love to see a new zombie map though, so we’re hoping more details are revealed in the coming weeks. If you have been paying attention to the Retaliation map pack rumors, give us your thoughts on this new insight. 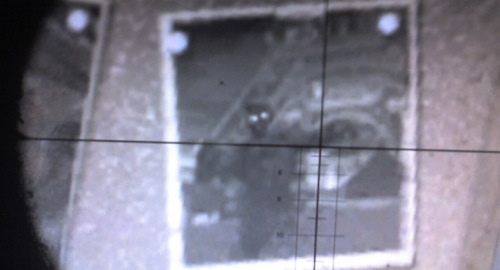