As most of you will be aware, especially Xbox 360 owners, the first map pack for Call of Duty Black Ops will be released on February 1st. Titled First Strike, it will add four brand new multiplayer maps to the game, as well as a new zombie map for you to get to grips with.

To get you warmed up for the release, Treyarch has given gamers another sneak peek at one of the new maps on offer, this time focusing on Stadium, giving you some all-new screenshots of the map as well as some background information. 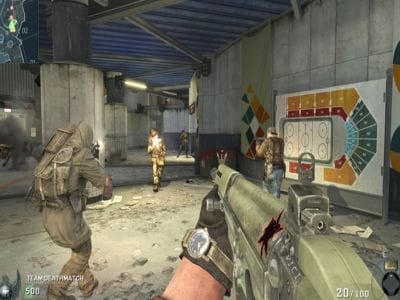 Aside from Stadium, you’ll also get Berlin Wall, Kowloon, Discovery and the new zombie map titled Ascension – you can read about some new zombie weapons in our previous report here.

Treyarch has done a similar sneak peek for the Berlin Wall map, which you’ll find on page two of this Intel link. It doesn’t leave them long though to reveal details on the other maps, and we were hoping for a reveal trailer for Ascension as well – is that still happening Treyarch?

First Strike is out on Xbox 360 first on February 1st, priced at 1200MS points. Let us know if you’ll be getting it or not.