The Call of Duty: Black Ops double XP weekend has just kicked off on Xbox Live, this will undoubtedly attract millions of gamers before it finishes on Sunday and will help to promote the recently released First Strike Map Pack which was launched on Tuesday.

Whilst this is great news for Xbox 360 gamers it may well be the final straw for PlayStation 3 owners who love Call of Duty games, the First Strike DLC will not hit the PSN until early March, and a double XP weekend will probably follow the weekend after.

Back in June 2010 Microsoft and Activision reached an agreement to extend the Xbox 360’s Call of Duty downloadable-content exclusivity until 2012, this deal means that all CoD DLC hits Xbox Live before any other platform, which has obviously been extremely unpopular with PS3 gamers. 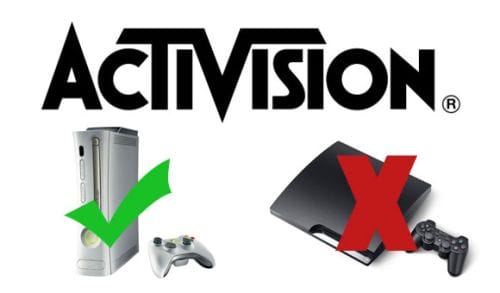 With Microsoft’s Xbox 360 getting all Modern Warfare 2 and Black Ops DLC first a lot of gamers decided to switch to Sony’s rival, now comments on our articles suggest that more gamers may be making the switch, especially as it is almost certain that a similar deal will be reached to extend the exclusivity in the future.

We would love to hear from PS3 gamers to see what they think about the Xbox 360 gamers getting everything first from this franchise, does it matter? Will you switch to Xbox 360? Let us know in the comments section below.