Activision had promised at E3 that the upcoming Black Ops: Declassified game on PS Vita would be the ‘full’ Call of Duty experience that players have become used to seeing on console. Despite that statement, Activision has just dropped a bombshell by saying that the game will not have a zombies mode – confirmed.

To say we’re disappointed by no zombies is a huge understatement. The game doesn’t look particularly amazing either from a graphics point of view after seeing screenshots from developers Nihilistic, and this latest bit of news may end up being the final nail in the coffin, for those that were still on the fence as to whether to pick up the game or not.

It’s obviously a major blow that zombies is not coming to the Vita, but Activision’s reasoning behind the move may infuriate some of you even further. The publisher has said that zombies won’t be available in Declassified, because their 4v4 online multiplayer mode is taking priority. 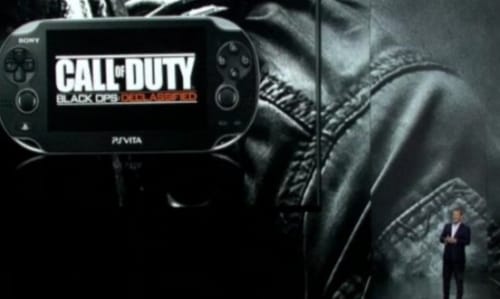 That is the online multiplayer mode which features rehashed watered down versions of the same maps in Black Ops, just to remind you. There will be a survival mode put into the game called ‘Hostiles’, where you have to endure endless waves, but they won’t be the nazi zombies that we have all grown to love.

The whole thing just leaves us with a bad taste in our mouths – why couldn’t Activision just hire Treyarch to make the Vita version and get it as close to the console version of their Black Ops original as possible? It goes without saying that the game is going to suffer from a loss in sales, now that gamers are aware that there won’t be a zombies mode.

We were promised a full Call of Duty experience on the Vita, but we definitely don’t see it at the moment. Will this now end up being the only Call of Duty game on Sony’s handheld? We have a feeling that the game is going to have a lot more in common with Resistance: Burning Skies than first thought.

What is your initial reaction to Activision’s decision to leave out zombies, in favor of the online 4v4 multiplayer mode? Are you still willing to buy the game, or has Activision blown it?