Treyarch has given fans a treat this week by unleashing a detailed Zombies story trailer for Black Ops 4, which is due for release in October.

As seen with previous entries in the Zombies series, Treyarch has created an all-new storyline for the upcoming game one which will see players play out the story of brand new character Scarlett Rhodes.

Three other characters will join her on her quest to solve the mystery over her father’s disappearance, while the trailer also confirms one huge aspect of Zombies this year – time travel. 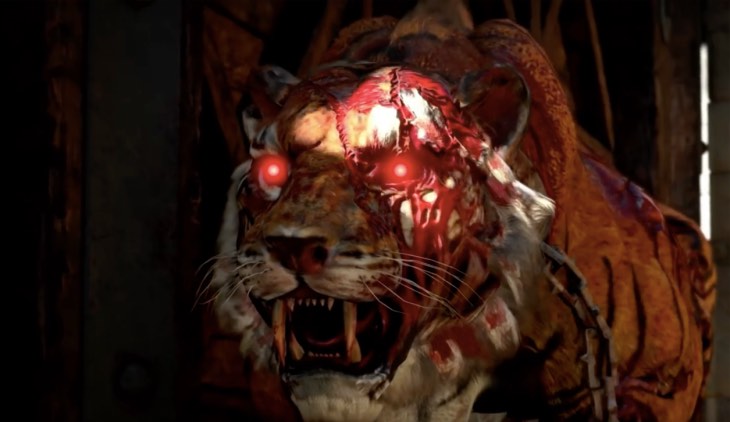 Also spotted in the trailer is what looks to be a zombie tiger, so if this is your sort of thing you are going to be in for a ride when Zombies launches on October 12.

Zombie episodes IX and Voyage of Despair are also teased towards the end of the trailer so check it out above and let us know what you think.

Are you pumped up for this year’s version of Zombies?