Treyarch has planned one last surprise for Call of Duty fans across the world before E3 gets underway, with a surprise gameplay live stream that will take place Thursday June 7.

Many gamers would have expected the next reveal to come at E3 after the initial premiere of the game on May 17. However, you now get one last look at the game before E3 and it will all be live streamed at 6PM UK time, 10 Pacific Time and 1pm Eastern Time.

Treyarch has revealed on Twitter that the live stream will give fans a preview of the multiplayer maps, which are going to be playable during E3 2018. 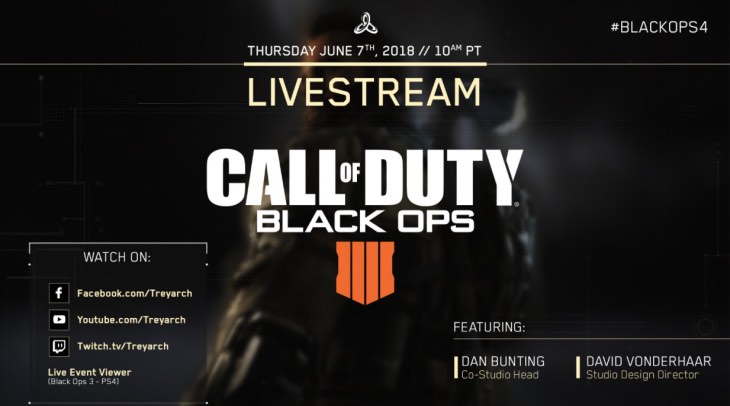 That means you can expect to see lots of gameplay and hopefully another look at zombies as well presuming zombies will also get a big preview at E3.

There are many ways to watch the event, but the easiest way is to simply tune into Twitch above with the player we have embedded for you.

Are you hyped for Black Ops 4 this year? Let us know if you’ll be tuning into the event.