We want to let all Call of Duty fans know that the Black Ops 4 beta is now live and available to pre-load for anyone that has pre-ordered the game.

The beta doesn’t officially get underway until 10am Pacific Time on August 3, but many players are already playing the game right now as we can confirm that the servers have been switched on early.

Another important thing you need to know is that the beta is not a small size. You’ll need to free up around 30GB on your hard drive to take part in the beta and most of you know already that you can’t get in unless you have a code. 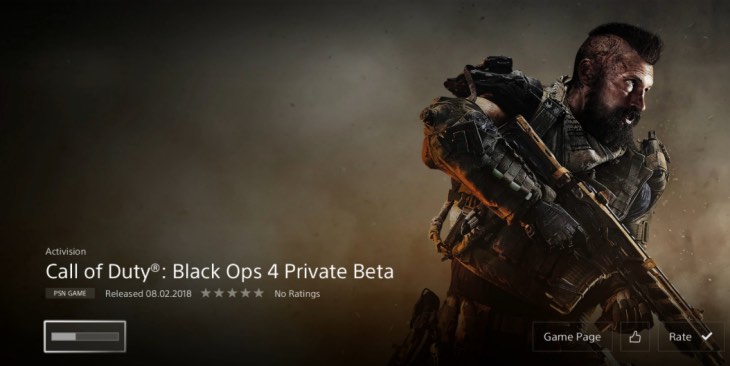 Some fans discovered a loophole on the Hong Kong PlayStation Store to get in without a key, but we can tell you that this method has now been patched and the only way to get in, is to pre-order.

Let us know if you are downloading the Black Ops 4 beta right now, or if you have any problems with beta codes not working or errors – report them here.